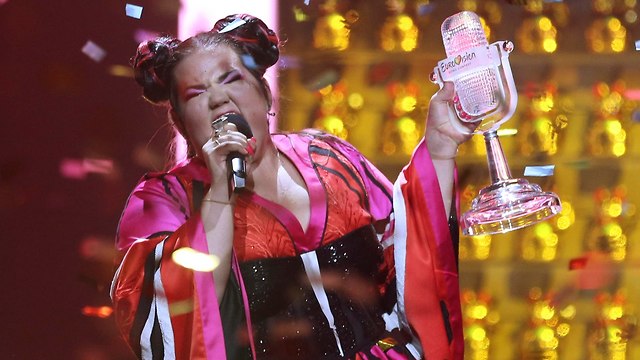 Tickets for Eurovision in Israel are expensive and elusive

After months of delays, Israel Public Broadcasting Corporation finally reveals the prices for the song contest, which range from NIS 350 and NIS 1,250 for one of the six dress rehearsals and from NIS 1,500 to NIS 2,000 for the grand finale on May 18.

A source with ties to the contest said that the tickets for 2019 were so pricey because the cost of living in Israel is much higher than in Europe, the Jerusalem Post reported.

The Israel Public Broadcasting Corporation (KAN) revealed on Tuesday that only 4,000 tickets will be available for purchase for each show, which include three live concerts and six dress rehearsals, with another 3,000 being reserved for foreign delegations and European Broadcasting Union officials.

The shows will be held at the Expo Tel Aviv’s main hall, which despite being able to hold around 8,500 people, will only admit around 7,000 due to security concerns.

For the grand finale, some 1,500 tickets, worth around NIS 2,000, have also been allocated for those wanting a VIP experience in the so-called “Green Rooms” outside the concert hall, where the contestants wait before going on stage and watch performances of other participants on giant screens.

Kan will also reserve some 500 tickets for Israeli military personnel at one of the dress rehearsals.

The grand finale of the Eurovision will take place on May 18, 2019. This year will be the third time that Israel has hosted the competition. In 1979, Israel both hosted and won the Eurovision with the Gali Atari and Milk & Honey song "Hallelujah."

While Israel opted out of hosting the contest again in 1980, the Eurovision returned to Jerusalem in 1999, after a win by Dana International, when the band Eden competed with the song “Happy Birthday.”