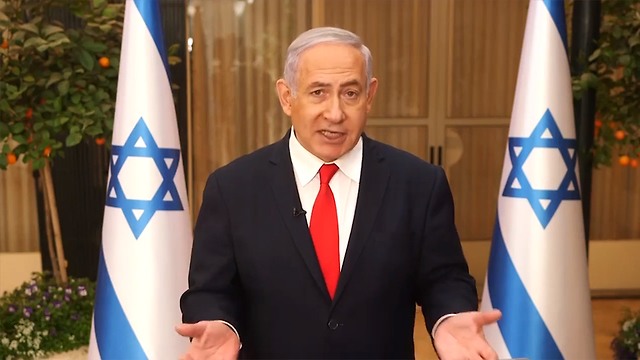 Netanyahu talks a lot but does very little

Opinion: Prime minister's surprise interview with Channel 12 news - to try and stop the avalanche of accusations regarding the submarine affair - raises more questions than it provides answers

There are arguments where both sides are right. The more the media sides with Prime Minister Benjamin Netanyahu's opponents, the more he excels at discrediting it. The media, to put it mildly, has disliked the prime minister for years, and has not given proper coverage to any of his notable accomplishments over the last decade. This, however, doesn’t make the media’s complaints about Netanyahu invalid.

Netanyahu has engaged in incitement campaigns against anyone who does not think like him. He chose his political interests over national ones, and said his policies are more adequate than those of his opponents, even though he failed completely on the three most important fronts.

In the Gaza Strip, he’s failed to deter Hamas, even after injecting millions of Qatari aid into the enclave. He failed when it comes to Iran which—despite Israeli attacks on Iranian targets in Syria—is closer to not only the Israeli borders than ever before, but to getting a nuclear bomb as well. He also failed on the Lebanese front, with Hezbollah’s weapons arsenal expanding exponentially over the past ten years.

Netanyahu talks a lot but does very little.

On Saturday evening, for the first time in years, Netanyahu emerged from the Likud party bubble to give a surprise interview to Channel 12 television, mainly to try to stop the avalanche of revelations concerning the submarine affair (also known as Case 3000 - in which senior Israeli officials are suspected of receiving kickbacks during the purchase of German vessels for the Navy).

It’s possible that on certain issues Netanyahu is actually right. For instance, the profits he made from investing in the SeaDrift steel factory—managed by his cousin Nathan Milikowsky—a long time before it merged with GrafTech International and sold parts to the German shipbuilder at the center of Case 3000.

The prime minister also easily refuted claims that no one actually made against him. For instance, he claimed that he, personally, "didn’t earn a shekel" from the submarine sale.

That might be true, but that’s not the claim. The argument is that all of his associates, including his bureau chief and two of his lawyers, were involved in the affair, while he claimed to not have been aware of what was going on. If this is true, then he is unfit to serve as prime minister. If it’s not true—and he was in the know—then it’s a frightening prospect. Was he willing to meddle in the country’s security in order to make money for his associates? Let’s hope not.

Regarding the sale of the submarine to Egypt, Netanyahu stammered and stuttered, and only after the interviewer, Keren Marciano, pressed him on the issue did he finally admit that he had actually approved the deal. And when asked about why nobody knew about the sale, Netanyahu immediately retreated into his familiar "it was a security issue" shell. How could this be a security issue if, by his own admission, no one in the defense establishment was aware of it? Netanyahu’s explanation, that the attorney general oversaw the deal, can’t be taken seriously. The attorney general examined only the legal aspects relating to the deal and the essential question—why did no one in the top security echelon knew about the sale?—remains unanswered.

In addition, Netanyahu's demand for Benny Gantz to reveal the contents of his hacked phone, is quite suspicious. Is Netanyahu aware of some kind of sensitive information that was stored on that phone and is making cynical, political use of that knowledge? In any case, Netanyahu is the last person to preach us morality on matters of extramarital affairs, and his demand of Gantz raises more questions about him than anyone else.