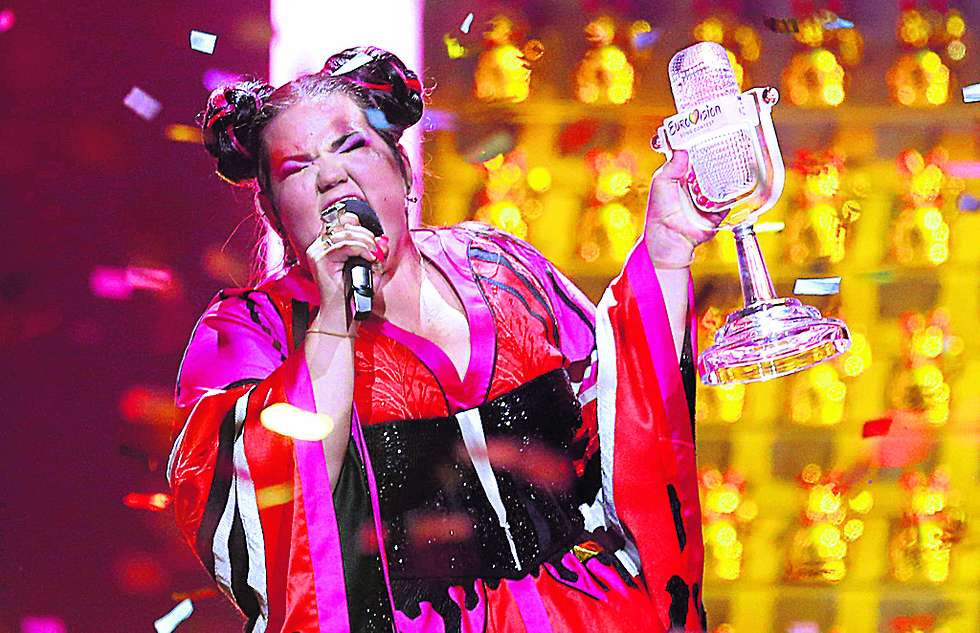 Palestinian artists are calling on Eurovision Song Contest contestants to boycott the international music competition that Israel is hosting next week.

Last year's Eurovision winner Netta Barzilai (Photo: AP)
The artists cited the killing of over 60 Palestinians during Gaza border protests on May 14 last year, the same day Israel won the Eurovision. The association held a sit-in outside the EU's Gaza office and wrote a letter of protest.

Two weeks ago, Roger Waters, one of the most vocal advocates for cultural boycott of Israel, penned an open letter to Madonna (was earlier confirmed to perform at the Grand Final on May 18), urging her to cancel her performance at this year’s Eurovision over Israel’s treatment of Palestinians, and dismisses claims of harboring anti-Semitic views.

In a letter - published in the Guardian newspaper - the former Pink Floyd frontman wrote that artists who perform in Israel normalize “the occupation, the apartheid, the ethnic cleansing, the incarceration of children, the slaughter of unarmed protesters … all that bad stuff.”

Waters concluded the letter by appealing to everyone participating in the 2019 Eurovision, urging them to read the UN Declaration of Human Rights and rethink their decision to appear at the prestigious singing competition.