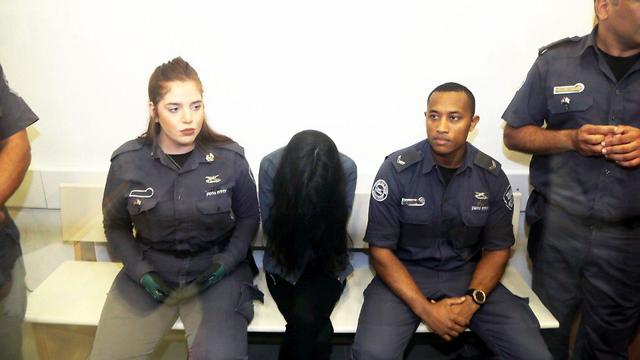 Nursery owner charged with abuse could face decades in prison

Analysis: If Carmel Mauda is found guilty on all counts in the horrific mistreatment of 11 children under her care, she could be sentenced to up to 9 years on each of the 18 charges brought against her

If the kindergarten teacher - who on Sunday was officially charged with abusing at least 11 toddlers at her private nursery in central Israel - is convicted on all 18 counts of her indictment, she is likely to be sentenced to many years in prison.

Carmel Mauda, 25, was charged with abusing minors and helpless persons after police obtained footage of her spanking children with their own diapers, forcing them up against the wall for hours on end, strapping them to chairs and feeding them their own vomit, among other horrific things.

The law states that offenses which include either physical or mental abuse of minors or helpless persons is punishable by up to seven years in prison. In Mauda’s case, such offenses are punishable by up to nine years since she was not merely an abuser but someone who was supposed to supervise the children attending her nursery.

The punishment will ultimately be determined by the severity of each of the 18 charges brought against the 25-year-old Rosh Haayin resident. The definition of abuse varies and the actual sentence may eventually be much lower than nine years for each offense.

Furthermore, in case she is convicted on all counts, the judge can rule not to sentence Mauda on each count individually, opting instead for a cumulative punishment.

Parents of the abused children in court (Photo: Yariv Katz)

Although it’s highly unlikely Mauda will receive a maximum sentence of nine years on each of the 18 charges, it’s possible her overall punishment will exceed 10 years in prison.

The Central District Attorney's Office said it’s pointless to speculate on a possible sentence for the defendant before she is even convicted. “Only after she is convicted, if she is convicted, we will think about what kind of sentence we will be seeking.”

Mauda's lawyer Guy Ein-Zvi from Public Defender's Office, reiterated the statement, saying, "She’s hasn’t been convicted yet and we’re already talking about the punishment. We do not hold public trials - we are a democratic society in a democratic state - the trial must be conducted in a courtroom."