Hundreds of Israelis took to social media to ridicule a “unity petition” signed by lawmakers from the ruling Likud party, proclaiming their loyalty to Prime Minister Benjamin Netanyahu. 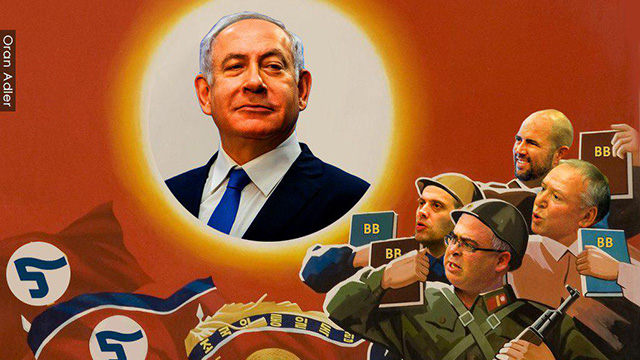 Social media exploded with memes and humorous reactions to the petition, comparing Netanyahu to the North Korean dictator Kim Jong-un.

Among those mocking the prime minister was Alon Pinkas who served as Consul General of Israel in New York City.

He posted an image of Netanyahu that’s reminiscent of North Korean propaganda posters, with a caption: “Thank you to everyone who signed, I love you.”

Netanya Mayor Miriam Feirberg also posted on her Twitter account, sarcastically referring to the fact the word “Netanyahu” sounds similar to the city she heads.

"Finally a proper government decision. Everyone is loyal, first and foremost to Netanya," she tweeted.