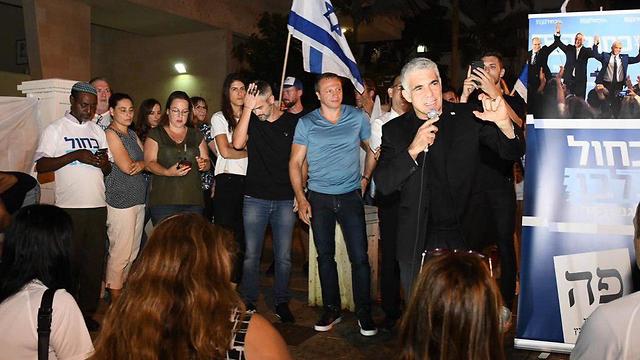 2 hurt as BB gun fired at Blue and White conference

Police estimate the shooting was conducted from a distance as party's co-founder Yair Lapid, who was at the event when the incident happened, said it will not 'deter or intimidate us'

Two Blue and White activists were lightly wounded after an unknown perpetrator opened fire with a BB gun during a party conference in Rehovot headed by number 2 on the Blue and White list MK Yair Lapid.

Police estimate the shooting was conducted from a distance and at least two suspects have already been arrested on suspicion of being involved in the incident.

Lapid, who was the conference hall when the shooting happened, said the incident will not “deter or intimidate” the party.

“We will continue to fight for changes in this country in the face of violence and incitement."