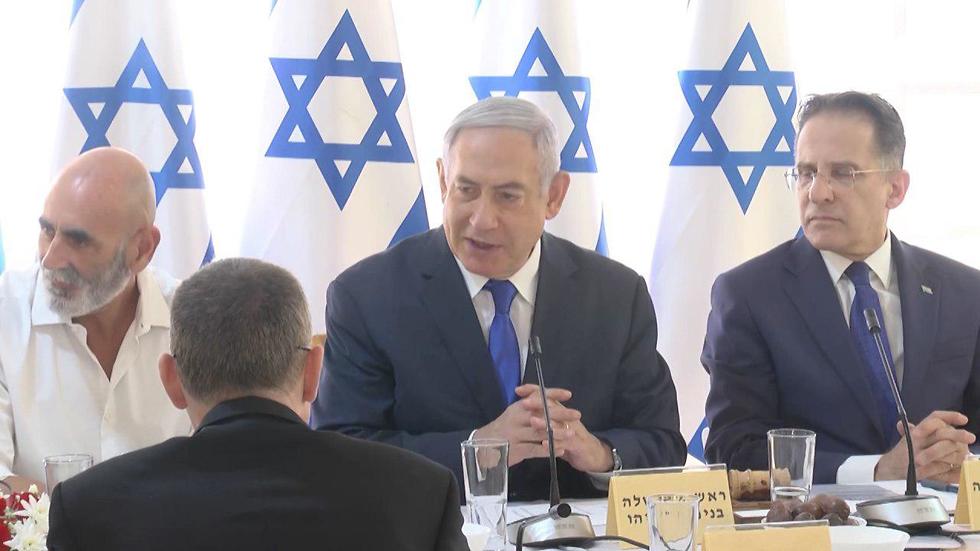 Opinion: This is an attempt to re-write recent history that can easily be proven by press reports from that time, still the prime minister proceeds with his campaign ploy

Defense officials were outraged by Benjamin Netanyahu's announcement that he intends to annex the Jordan Valley.

Political matters are the authority of the political echelon but the consideration of annexation, with the political and security implications that may follow, demands serious discussion, which did not take place.

The statement was a political whim. Once again, the national interest was trampled on in favor of an election ploy.

Likud itself branded the announcement politically motivated by releasing their comments accompanied by a campaign clip, claiming Blue and White leader Benny Gantz was prepared to give the Jordan Valley settlements up.

The clip alleged Benny Gantz, in his role as military chief, had been supportive of an Obama-era peace initiative that would have included settlement withdrawal from the area.

"Untrue,” responded Martin Indyk, former U.S. ambassador to Israel. It was Indyk who posted on his Twitter account that it was in fact Netanyahu who "encouraged and showed considerable interest in" the administration’s proposal.

The truth: Bibi encouraged and showed considerable interest in the Allen Plan and never said annexation was necessary. Blue and White’s Bogie Ya’alon, as Bibi’s Defense Minister, vetoed the Allen Plan, NOT Bibi. Bogie also forbad Gantz from discussing the plan with US officials. https://t.co/wyhBSqR6am

Indyk who was a Mideast envoy in 2013-2014, added that then-defense minister Moshe Ya'alon, who today is a member of Gantz's party, was the one that came out strongly against the plan.

So, who is right?

Netanyahu at the time was keen to make concessions. He and Obama's secretary of state John Kerry spoke on the phone daily while the U.S. proposal was being drafted.

Kerry drafted a paper that would have left Israel with some military presence on the West Bank, including the Jordan Valley, but there would be no annexation.

The prime minister accepted that first draft backed by his then-foreign minister Avigdor Liberman and by Tzipi Livni, who was the government's chief negotiator.

Ya'alon was dead against the proposal as contemporaneous press reports show. Attempts to re-write history notwithstanding.

Avigdor Liberman told the Telegraph in an interview on January 9, 2014, that this was the best deal Israel would be able to get.

Netanyahu's position was reflected in a press briefing from the Prime Minster’s Office on January 26, 2014, confirming the plan meant that some settlements would remain outside Israel's borders.

Both Naftali Bennett and Likud officials criticized the government's position, but no public confirmation or denial was forthcoming from the prime minister.

So tweet or no tweet, Netanyahu said yes to Kerry's proposal regarding, among other things, the Jordan Valley. Ya'alon said no.

Events from only five years ago cannot be ignored.

Netanyahu's position at the time was that the Jordan Valley settlements were dispensable and no cabinet meeting on site will change that.

Neither will a campaign ploy.