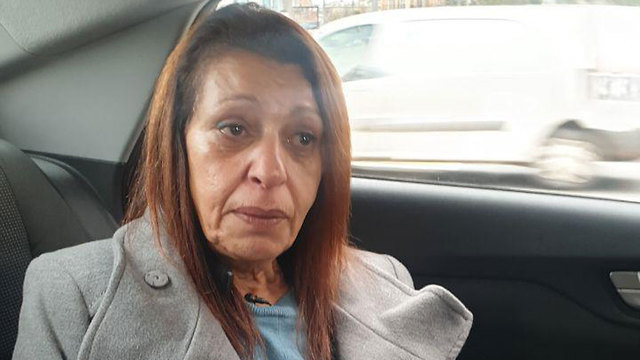 Mother of imprisoned Israeli barred from visiting her in Russian jail

The prime minister and his aids assured Mrs. Issachar that they are doing everything possible to ensure her daughter's release, but she said Naama is being used as a pawn in a situation she cannot control

The mother of Naama Issachar was barred from visiting her in prison in Russia despite a judge granting her permission to do so. Yaffa Issachar was told her daughter was visibly upset by the news.

Naama was also told she will no longer have telephone privileges since her conversations with her family are conducted in Hebrew.

All correspondence must be in Russian as well.

Yafa Issachar has appealed to President Reuven Rivlin, Prime Minister Benjamin Netanyahu and Chief of the National Security Council to intervene on behalf of her daughter.

"Naama is innocent and is being used as a pawn in a diplomatic incident that has nothing to do with her" Yaffa said.

Issachar is serving a seven-and a half year prison sentence for drug smuggling, in Russia and is believed to be a bargaining chip in the case of a Russian hacker destined to be extradited to the U.S.

In the course of the meeting, Netanyahu stepped into the room and promised he would do everything possible to bring Naama back home soon.

Officials in Jerusalem believe the case will be resolved with Naama's return before Russian President Validmir Putin's expected visit to Israel in January of 2020.

Naama Issachar, 25, was arrested in April while in transit in a Moscow airport, en route from India to Israel, and accused of carrying 9 grams of cannabis, her family said. Russian authorities charged her with drug smuggling.

Russian media reports suggested Issachar could be traded for Alexei Burkov, a Russian detained while visiting Israel in 2015.