The virtual collapse of the Oslo process with its attendant proposal for a Palestinian state alongside Israel demands a new political paradigm. In light of the abortive failure of the two-state solution, we can now consider the three-state solution as a more realistic and comprehensive path to peace-making.

The Palestinian question has over the decades dominated political discourse and, in fact, is in its various manifestations the core problem to be addressed. It is a cause of grave threats in Israel and in Lebanon, though it can be the solution in Jordan and thereby for Israel and Lebanon as well.
Holy Battle
Is Israel losing Temple Mount war?
Amir Shoan
Ynetnews special: Why is Israeli government covering up Muslim effort to erase any trace of Jewish history on Temple Mount? Archeology expert: Excavations barbaric, a crime
Is Israel losing Temple Mount war?
The Jewish national character of Israel and her basic national interests have been gravely challenged since independence in 1948 by the Arab presence in the country. Considered in conjunction with the Arab population in Judea, Samaria and Gaza, and the perilous idea of a Palestinian state, the lethal threat to Israel's existence has been compounded. With no Palestinian acceptance of the right of Israel as a Jewish nation-state, any further step beyond the steps that have been launched since 1993 in the direction of a future Palestinian state must be avoided at all costs. As the core of the historical homeland, and the locus for a significant Jewish settlement presence today, Judea and Samaria cannot be abandoned. Multiple security benefits accrue to Israel from controlling the terrain. A Palestinian state there would exacerbate rather than resolve the Israeli-Palestinian dispute, this while the ever-increasing Palestinian population on both sides of the Green Line.

Lebanon as a Christian homeland and a religiously pluralistic state became confounded with the Palestinian question when 100,000 refugees were hosted in the country in 1948. This Palestinian civilian contingent was buttressed by the infiltration of armed PLO factions in the late 1960s, this a primary cause for the outbreak of the 1975 Lebanese War between native Christian militias and the Palestinian terrorist intruders. 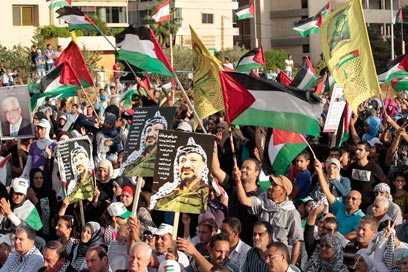 The up-to-date demographic tally estimates the Palestinian population in Lebanon as numbering approximately 400,000 people, non-citizens and alien to the special cultural texture of Lebanon and its confessional political power-sharing traditions.

A sweeping solution that would offer permanent resettlement arrangements for Palestinian refugees out of Lebanon would satisfy all the communities of the country, Christian and Muslim alike, neither of whom favor the naturalization of the Palestinian community. They are a disruptive social element that denies the sovereign right of the Beirut authorities to supervise and control the refugee camps, which are often embroiled in intra-Palestinian factional strife. The Hashemite Kingdom of Jordan is home to a Palestinian majority population, now long ensconced in the country, of refugees, intellectuals, and businessmen, whose opportunities for advance are limited by the monarchy and the Transjordan East Bank elites. Jordan was founded by foreign British imperial fiat, with Arabs originating from the Hejaz in Arabia handed predominant political power. Over many decades we have seen the virtual Palestinization of Jordan, though the Hashemite throne wields unilateral authority without any democratic or popular mandate.

Tensions have often, and naturally, sullied the political air in the incongruent co-existence of a family ruling a people. In 1970, “Black September” pitted the armed Palestinian terrorists against the Jordanian army; in 1974, the PLO was recognized by the Arab world as the sole representative of the Palestinian people, including its members in Jordan.

As a consequence, the transformation of Jordan into a Palestinian state would be a just resolution of the innate incompatibility between regime and society; and the hoisting of a Palestinian national flag in Amman would be a beacon of hope and a political magnet for other Palestinian groups – especially those in Israel and Lebanon. Mark Sykes, a creative British diplomat during World War I, envisioned three national entities in the aftermath of the collapse of the Turkish Ottoman Empire in the Middle East: a Jewish, an Arab, and an Armenian country. Despite the struggles and catastrophes that struck the region and its peoples over time, his political proposal was somehow fulfilled. 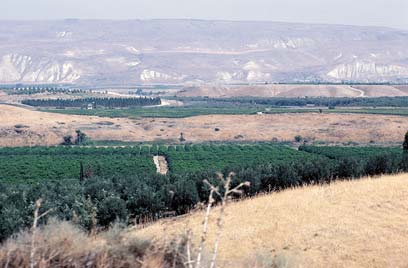 Consolidation of three national entities: View from Jordan valley
Now we are proposing the consolidation of three national entities – Israel, Lebanon, and Jordan – with the Palestinian question given a solution in a broad regional shift of power, populations and identities. The Israelis and the Lebanese both have a right to secure statehood free from the endless Palestinian machinations and demographic time-bomb; but not only do the Palestinians also enjoy that right to secure statehood, but that its realization will assure its justifiable realization in the case of the Jews and the Lebanese. Herein is the conceptual attraction of the proposal, its moral axis and political reasonableness; and this while politicians, diplomats, pundits and assorted trouble-makers and cynics persist in pushing for a two-state solution west of the Jordan River, shoving Israel and Palestine into a never-ending claustrophobic embrace whose dreadful consequences will be borne by the peoples on the ground. The alternative approach proposes a triangular solution for three peoples in three countries, separating and disengaging communities and encouraging in particular Palestinian migration; this in order to bring to a final historical end their denial of normal lives, while enjoying the solid benefits of statehood and stability, dignity and opportunities. After a history of statelessness and refugee status, which barring a change in the political trajectory will continue, the Palestinians could finally become participants in regional renewal and peace-making rather than as ongoing victims - in a truly New Middle East. Who would lose from this ground-breaking and innovative three-state proposal? Not the Israelis, the Lebanese, or the Palestinians. The latter in particular would be politically liberated from the humiliating cauldron of self-delusion and acquire political independence - east of the Jordan River.

The small interloper Hashemite family in Jordan would be left without a kingdom. And this would be the beginning of a major step toward justice and democracy, as the “Arab Spring” blows flurries of freedom for the Palestinians in a country that might be (re)named “The Republic of Palestine.” Rhodesia after all became Zimbabwe and Cambodia became Kampuchea - so Jordan is Palestine.

Dr. Mordechai Nisan taught Middle East Studies at the Hebrew University of Jerusalem. His latest book is “Only Israel West of the River: The Jewish State and the Palestinian Question,” available at Amazon.com


פרסום ראשון: 03.05.12, 18:00
commentsend to friendshareshare
See all talkbacks Close all talkbacks
new comment
Next
Previous
Warning:
This will delete your current comment
cancelOk