Shock and sympathy were the initial reactions from around the world to a shooting rampage in Connecticut that left 28 people dead, including 20 children at an elementary school. Australian Prime Minister Julia Gillard described the attack as a "senseless and incomprehensible act of evil."

"Like President Obama and his fellow Americans, our hearts too are broken," Gillard said in a statement.

The gunman killed his mother at home before opening fire Friday inside the school in Newtown, Connecticut, killing 26 people, including 20 children, police said. The killer, identified as 20-year-old Adam Lanza, then committed suicide.

"As parents and grandparents, as brothers and sisters, as friends of the American people, we mourn the loss of children, aged only five to 10 years, whose futures lay before them," Gillard said. "We mourn the loss of brave teachers who sought only to lead their students into that future but were brutally murdered in a place of refuge and learning." Australia confronted a similar tragedy in 1996, when a man went on a shooting spree in the southern state of Tasmania, killing 35 people. The mass killing sparked outrage across the country and led the government to impose strict new gun laws, including a ban on semi-automatic rifles.

SWAT unit at the scene (AP)

Gillard's sentiments echoed those of British Prime Minister David Cameron, who said he "was shocked and deeply saddened" to learn of the "horrific shooting."

"My thoughts are with the injured and those who have lost loved ones," he said. "It is heartbreaking to think of those who have had their children robbed from them at such a young age, when they had so much life ahead of them."
Video: Reuters    (צילום: רויטרס)
X

In an open letter to US President Barack Obama, French President Francois Hollande said he was "horrified."

"In these tragic circumstances, I want to express my deep shock and sorrow at this act of unspeakable violence at an elementary school that left so many victims," he said. 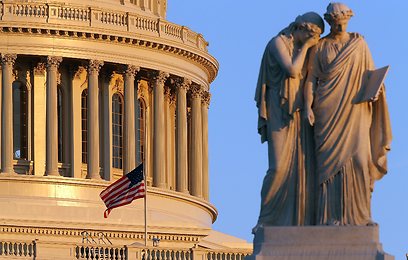 Flag on Capitol Hill flown at half staff (Photo: AFP)

Germany, France, Britain and other European countries have suffered similar mass shootings - in Norway, one man killed 77 people only last year - but commentators in Europe were quick to point to Americans' much higher levels of personal gun ownership as a factor in the frequency of shootings there.

"If not now, when is the time to talk about gun control?" ran the headline on an article in Britain's Guardian newspaper.

In Japan, where guns are severely restricted and there are extremely few gun-related crimes, public broadcaster NHK led the noon news Saturday with the shooting, putting it ahead of an update on the final day of campaigning before Sunday's nationwide parliamentary elections. 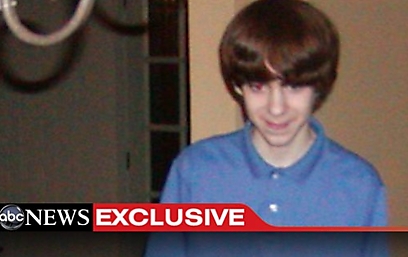 NHK, which had a reporter giving a live broadcast from the scene, said that five of the children at the school were Japanese, and that all five were safe. Its report could not immediately be independently confirmed.

Several Japanese broadcasters ran footage from Newtown, showing scenes of people singing outside churches Friday evening, as well as part of President Barack Obama's tearful press conference. The attack in Connecticut quickly consumed public discussion in China, rocketing to the top of topic lists on social media and becoming the top story on state television's main noon newscast. China has seen several rampage attacks at schools in recent years, though the attackers there usually use knives. The most recent attack happened Friday, when a knife-wielding man injured 22 children and one adult outside a primary school in central China. Much of the discussion after the Connecticut rampage centered on the easy access to guns in America, unlike in China, where even knives are sometimes banned from sale. But with more than 100,000 Chinese studying in US schools, a sense of shared grief came through. "Parents with children studying in the US must be tense. School shootings happen often in the US Really, can't politicians put away politics and prohibit gun sales?" Zhang Xin, a wealthy property developer, wrote on her feed on the Twitter-like Sina Weibo service, where she has 4.9 million followers. "There will always be mental patients among us. They should not be given guns." In the Philippines, a spokeswoman for President Benigno Aquino III said, "What makes it more painful is that most of the victims were small children." "Our deep condolences go out to the families, teachers and their loved ones. Our hearts and minds are with them and pray with them as they go through a very difficult time, especially with Christmas approaching," deputy presidential spokeswoman Abigail Valte told DZBB radio.