Fools from the hill

Op-ed: Despite messianic fervor and interest they generate, Hilltop Youth not changing reality

Teenagers with long Payot throwing stones at Border Guard officers, dancing and singing "Utzu Etza Vetufar" (meaning, "contrive a scheme and it will be foiled "). Those who wish to view the settlers as one body - these are the images they are searching for. It is easier to hate when you paint an entire group in one color; it is easier to believe that the solution to the Israeli-Palestinian conflict is so close - just around the dancing fools from the hill.

With elections just around the corner, every dancer becomes a political statement and an explanation for something. The hilltop youth did not plan on playing into the hands of the politicians, and neither did the soldiers.
Jewish Expulsion
Why does PM fear disobedience?
Elyakim Haetzni
Op-ed: Uprooting of Arabs viewed in Israel as abomination, while expelling Jews has become the norm
Why does PM fear disobedience?
The images of this past weekend were unnecessary, yet they do reflect reality. Part of it. In Judea and Samaria there are teenagers who were raised on hatred for the rule of law; teenagers who do not differentiate between the importance of building the Land and the insignificance of building a lone shack on a hill on the eve of Shabbat. Like other outlaws, they do not know the difference between good and bad – not for themselves, but for the State of Israel. They are accompanied by rabbis and halachic rulings and lean on political leaders from the far right. Despite the messianic fervor and the great interest they generate, they influence nothing – not Israeli democracy and not the reality on the ground. The structures they build only create unnecessary work for the security forces; they do not change the map. 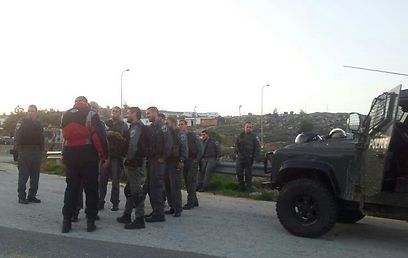 Most of the settlers in Judea and Samaria keep their distance from the hilltop youth. This is not how the settlers want to see themselves – including those who are against any territorial compromise and those who belong to the nationalist haredi camp.

And yet, their existence cannot be ignored. The discourse they evoke and the demons they release cannot be concealed. The discussion surrounding disobedience in the IDF touches exactly on this exposed nerve. When Habayit Hayehudi's chairman stutters and misspeaks, it is because of them; because of the teens and the rabbis who support them; it is because of the stones. Disobedience is a slippery slope. It is difficult to tell where the line is drawn. When is it allowed to evacuate Jews? When is it advised to evacuate them? When foolish teenagers climb up a hill just for fun of it? When an entire battalion has to watch over them during Shabbat? Can they be evacuated only as part of another disengagement plan? The camp Naftali Bennett represents does not refuse orders. The problem is that in his home – like in Likud – there are extremists who will refuse his orders as well.