Focus on reality, dump the myths

The piece on Monday by Yoni Dayan, “Preferential Treatment: Disproportionate URNWA aid to Palestinians comes at the expense of other refugees” focuses on neutrality issues around UNRWA and its education programs. It also accuses UNRWA of “perpetuating the refugee situation” and the question has been asked "why not dissolve UNRWA and hand the refugees over to UNHCR which would resettle them?"

The alleged issues around neutrality are founded on discredited myths and misunderstandings. Most important, they fail to take account of the neutrality work which the Agency undertakes. The critiques of UNRWA’s alleged role as a “perpetuator of the refugee situation” fail to grasp the fact that UNRWA’s work is consistent with established international refugee law and practice and that the Agency’s mandate to protect and assist refugees, as exclusively granted by the General Assembly of the United Nations, will remain in effect until its parent body decides otherwise.

UNRWA imposes the strictest standards of neutrality on its staff, beneficiaries, suppliers and installations that go well beyond those of many comparable organizations and even governments. From recruitment to separation there are a broad range of Agency processes and mechanisms to ensure staff neutrality. Every six months, staff names are checked against the UN 1267 Sanctions Committee list of terrorists and terrorist entities. There have been no matches. Annually lists of all staff are provided to, for example, Jordan, Israel and the Palestinian Authority.

UNRWA conducts six monthly checks of the names of all suppliers and other payees against the 1267 list. There have been no matches. With regard to UNRWA installations, in the West Bank, the Gaza Strip and Lebanon, UNRWA’s operations support officer program, a team of specially tasked officials, conducts regular installation inspections. The Agency protests armed incursions into its installations by the Israel Defense Forces and Palestinian militants. There is a strict no weapons policy in UNRWA installations. Inappropriate conduct triggers Agency investigations and can result in the denial of discretionary assistance such as burial expenses, shelter rehabilitation or re-housing assistance. In addition, the gravest accusations made by UNRWA's critics have been shown to be unfounded upon investigation. The repeated claim during the Gaza war that there were militants in our installations is perhaps the most notable high-profile recent example.

All the above neutrality measures are underpinned by internal and external oversight and auditing. Moreover, we report regularly on all the above to our donors, including the United States, who conduct their own regular reviews. The support for the work of UNRWA from the governments of the US and Israel speaks for itself. 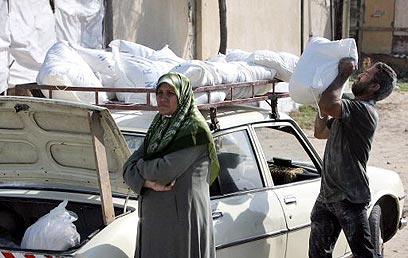 Likewise, our curriculum and textbooks have been subjected to independent review. UNRWA in the West Bank and Gaza uses the books of the Palestinian Ministry of Education, which makes sense given that we are preparing students for public exams. A US State Department review of the text books used by UNRWA found them to be free of incitement, that the curriculum was "peaceful" and one in which "religious and political tolerance was emphasized."

The other set of arguments advanced against UNRWA is based on the fanciful notion that UNRWA itself and its approach to its work are per se the reason for the continuing existence of Palestine refugees. Therefore, as the false argument goes, Palestine refugees and the issues they represent would disappear if UNRWA were dissolved and the refugees became the responsibility of another agency such as UNHCR. These notions have no foundation. They are contradicted by the established principles and practice of international law and by the realities of the Israel-Palestinian conflict and its political context.

Like many other refugee populations, Palestine refugees emerged from circumstances of armed conflict, forced displacement and dispossession of land. To the present day, and particularly in the occupied Palestinian territory, their state of exile is compounded by human rights violations, intra-Palestinian tensions and economic deprivation. Palestine refugees continue to be refugees because the issues which caused their exile remain outstanding. Only by addressing in a just and durable fashion the underlying causes of conflict – and by doing so in accordance with international law and the rights of refugees – can the refugee issue be laid to rest. This is the responsibility of the parties and international political actors. It is wishful, cynical thinking to suppose that Palestine refugees can be made to “go away” by dispersing them around the globe or by dissolving the Agency established to protect and assist them pending a just and lasting solution to their plight.

In the context of seeking solutions to refugee situations, one such consideration is the importance refugees attach to voluntarily returning to the country from which they originally took flight. In the global context, voluntary repatriation is generally referred to as the “preferred choice” of refugees. A pertinent reference is Article 13 (2) of the Universal Declaration of Human Rights (1948) which states that, "Everyone has the right to leave any country, including his own, and return to his country."

Another relevant and universally recognized principle is that refugees and their dependants retain their status as refugees until such time that a just and lasting solution to their plight is realized. That some refugee situations (for example, the situation of groups of refugees from Western Sahara, Burundi, Somalia, Myanmar and Afghanistan) are described as “protracted” reflects this recognition. Given that this principle (the principle of “family unity”) is universally recognized and implemented, there is no basis to question the reality that Palestine refugees have for generations been compelled by circumstances to retain their refugee status. Such questions betray a lack of understanding of the international protection regime and serve only to distract from the need to address the real reasons for the protracted Palestinian refugee situation, namely the absence of negotiated solution to the underlying political issues.

Let me conclude by saying that UNRWA will continue to advocate for the full protection of the human rights of Palestine refugees as required by UN resolutions and international law. We will continue to advocate for a resolution of their plight in the context of a just and lasting peace, agreed by the parties in consultation with the refugees, whose freely exercised and informed choices must be respected. It is the failure of the parties to reach such a peace that has led to the perpetuation of the refugee question, not UNRWA's continued service provision, without which hundreds of thousands of the most disadvantaged people in the Middle East would be deprived of essential services – a situation that would hardly advance regional stability. Meanwhile, we will continue with our empowering human development work in education, health, relief and social services, thus contributing to calm in the communities in which refugees live.