Political Islam is the major force shaping the Middle East region today, and a dangerous one at that. The real question is if it can be tamed, and, more pointedly, what the West can do to bring about positive change during this pivotal time in history. But first, we have to understand what we're dealing with.

Political Islam, or "Islamism" as we call this phenomenon in the West, is an armed political ideology similar to Bolshevism and Maoism. It’s essentially religiosity cloaked as a movement which operates as a virulent ideology of warfare (jihad.) It demands radical reorientation of Muslim societies to comply with Sharia Law that repudiates modernity in all its forms and it has brought death and devastation both within the Muslim world as well as outside its borders. In some ways, Islamism is more dangerous than outright terrorism, as terrorism can be identified by violence, while Islamism is a war of ideas.
London Attack
Enough is enough
Rafael Castro
Op-ed: Westerners have the right and duty to expect that those who move to their countries respect basic ethical tenets
Enough is enough
It is essential to note that historically this aberrant thinking has only been espoused by marginal groups and kept in check for centuries. However, there was one pivotal moment in world history when they were not. In 1926, a marginal sectarian movement inside Arabia, the Wahhabis, allied with the Saudi tribe, captured power, and established the Kingdom of Saudi Arabia. It now serves as the bastion of Islamism, most notably spawning Osama bin Laden and various militant youth groups that spread the ideology.

What are the defining characteristics of Islamism? It’s anti-modern, misanthropic, misogynist, anti-Christian, anti-Semitic, triumphalist, jihadist, terrorist, and suicidal. Put simply, it is Islamic-flavored totalitarianism. It is based upon the intolerance of others, including Muslims, and the glorification of violence as martyrdom, to be exercised against all who disagree with the Islamist rendition of Islam.

So, where is political Islam headed? To answer this, we must look to the Arab Spring, which has fast become the ‘winter of discontent.’ 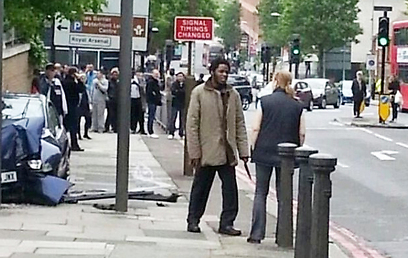 Scene of soldier's murder in London

Countries that originally showed promise are now headed down a dark path. The mandate of The Muslim Brotherhood, stemming from Egypt, is taking hold, while traditional Islam is pulling back. The youthful voices of change and reason have often been stilled in harsh ways, including through sexual violence against women.

As Muslims in the West, we want to explain that the Muslim world is presently in an upheaval of historic proportions. We have important inside knowledge regarding the extent to which Wahhabi teachings generating from Saudi Arabia and Islamism have together undermined what was once a rich and tolerant culture within Islam.

As once Christendom and Europe transitioned from the pre-modern to the modern world of liberal and secular values, the painful redefinition now begins in the East. The internal struggle among Muslims will likely continue over several generations, as the Muslim world painfully makes its transition, and begins a renaissance of its own.

The West must now use its friends, progressive Muslims and the State of Israel, to determine a clear strategy for dealing with Islamism. Progressive Muslims, like myself, have tried to inform our governments about what they are up against. After 9/11, we called for recognition of the true enemy, a violent ideology which could not be fought with weapons of mass destruction. However, multiculturalism and political correctness kept sidelining the real issues, with any critique of Islamism bringing accusations of racism and Islamophobia.

Multiculturalism has become a cover for Islamist penetration of the West. The foe is formidable and has already taken hold in our backyards. Political Islam is on the rise in the UK and Europe, where some cities have installed "Sharia zones." There are entire areas of Norway where non-Muslims are not safe.

If there is one country that truly "gets it," it is Israel. They understand the powerful force of political Islam, and have vast experience in determining the enemy. They are a powerful ally in understanding this volatile situation.

The weeding out of Islamism and the Islamist threat lodged inside the West is the essential prerequisite, or the first step, in defeating global jihadi warfare of Islamists and in helping the Muslim world reconcile itself with the modern values of science, democracy and human rights.

To do this, we need to follow the lead of our Israeli allies and look with clear eyes into the nature of political Islam and have a frank conversation without fear of political correctness.

Raheel Raza is an award winning author, journalist, and filmmaker on the topics of Jihad and Sharia. She is president of The Council for Muslims Facing Tomorrow, and an activist for human rights, gender equality, and diversity. Ms. Raza will discuss "Political Islam's Tomorrow" alongside fellow experts at the upcoming Fifth Annual Israeli Presidential Conference: Facing Tomorrow 2013 in Jerusalem later this month