A Kenyan attorney plans to sue Israel and Italy over the execution of Jesus Christ, Britain's Daily Mail reported on Monday.

Dola Indidis, a former spokesman of the Kenyan Judiciary, turned to the International Court of Justice after his attempt to file a similar suit at the High Court of Nairobi was thrown out in 2007, according to the report.

Indidis has petitioned the International Court of Justice to overturn the trial and conviction of Jesus Christ and his subsequent death sentence.

"His selective and malicious prosecution violated his human rights through judicial misconduct, abuse of office, bias and prejudice," the lawyer told Kenyan paper The Nairobian. 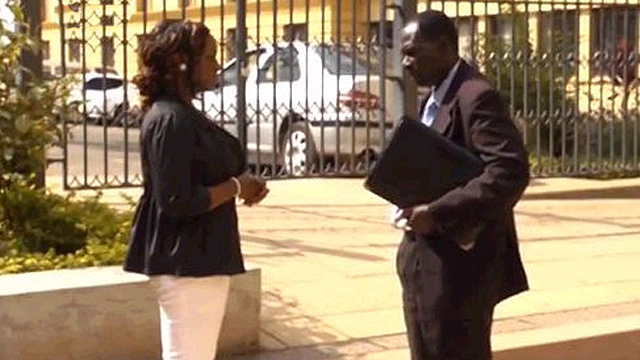 'Some of those present spat in his face.' Indidis

According to the New Testament, Jesus ran into trouble after performing miracles and claiming he was the son of God, prompting Jewish authorities to arrest him on charges of blasphemy.

They brought him to Pontius Pilate, then the Roman Governor of Judea, who told them he did not have jurisdiction to hear the case and sent him to King Herod, who sent him back to Pilate. Pilate found Jesus not guilty of any charges but, after crowds of angry Jews called for him to be executed, the governor gave in and had him crucified alongside two criminals. According to the Daily Mail, Indidis' case challenges the mode of questioning used during Jesus' trial; the punishments meted out to him while proceedings were still underway; and the substance of the information used to convict him. He hopes to establish what crime Jesus was charged with and hopes the court declares that "the proceedings before the Roman courts were a nullity in law for they did not conform to the rule of law at the material time and any time thereafter." "Some of those present spat in his face, struck him with their fists, slapped him, taunted him, and pronounced him worthy of death," he added. The report said Indidis hopes to rely on the precedent set in the case of Joan of Ark, the peasant girl who proclaimed herself a warrior sent by God to deliver France from the English, whose trial and conviction was later found unsound.

"This is the same case with Jesus. The judge who sentenced him said that he had no jurisdiction to attend to the matter but he went ahead to convict and pass a capital sentence under duress," he said.

Legal experts do not expect Indidis's efforts to be a success, ironically because the ICJ does not have legal jurisdiction, the Daily Mail said.