IDF soldiers uncovering a tunnel in Gaza. The basic threat has yet to be removed
Photo: IDF Spokesperson's Unit

Removing tunnel threat not a matter of days

Colonel Amos Hacohen had been waiting for this past week for two years. He was supposed to spend it vacationing with his wife in Italy after completing one of the most difficult roles filled by a brigade commander – commander of the Gaza Division's southern brigade. But his unit, which has been dealing with dozens of terrorists who infiltrated its district in the past few weeks through four offensive tunnels passing under the border fence, is at the forefront of the fighting in Gaza. And Hacohen, like his soldiers, has no intention of going anywhere before completing his main mission – destroying the terror tunnels.
Strategic Threat
Tunnel threat could have been removed long ago
Yossi Yehoshua
Analysis: Why have Israel's leaders waited until now to deal with underground city of tunnels being built under Gaza Strip?
Tunnel threat could have been removed long ago
And it's neither a simple mission, nor a short one. If anyone in the political echelon wants to reach a ceasefire under any condition, they should go ahead and do that. It's legitimate. But let us make no mistake: The tunnel threat cannot be removed any time soon. Whoever says that is misleading the residents of southern Israel and all of Israel's citizens. 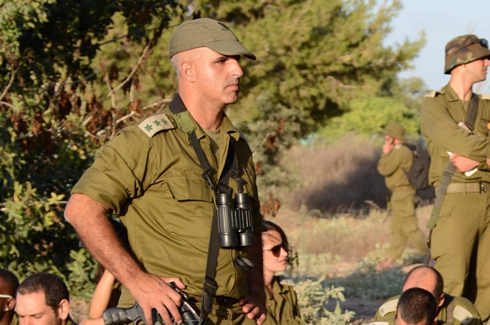 Brigade Commander Amos Hacohen. From an Italian vacation to the heart of the battle

This view is shared by senior IDF officers. The army opposes a ceasefire without accomplishing the basic mission it has been tasked with: Thwarting the threat of Gaza's offensive tunnels.

A message to Hezbollah

From my conversations with many of the brigade commanders operating on the ground, who have taken a short break, up to the IDF echelon, they all believe that the tunnel threat cannot be removed within less than a week. The estimates range from 10 days to two weeks.

Thirty offensive tunnels have been located so far, but only some have been dealt with and destroyed. The intelligence has pointed to many other tunnels which the forces have yet to reach. And this timetable does not include the length of the tunnel destruction operation itself. That takes time too: Colonel Uri Gordin, commander of the Nahal Brigade, says that from the moment he reached a tunnel it took him many hours to completely destroy it. But the tunnels, as opposed to what we think, are only part of the story: The army realizes that Hezbollah is closely monitoring the fighting in Gaza, and that if it ends in a tie it will only damage the Israeli deterrence, which could bring the third Lebanon war much closer. Several brigades are operating in Colonel Hacohen's district in an effort to locate the offensive tunnels which turned made the lives of nearby kibbutz residents into nightmare. In the past, the residents wouldn't hear about soldiers operating in their kibbutzim. Today, they can't move without them. "Take all the time you need, just remove the threat," they say to the army. This is not a simple mission. The reports arriving from the ground point to complicated and dangerous fighting. There is not a single house around a tunnel which has not been booby-trapped. Even a house which looks clean from the outside could turn into a death trap in a flash if a Hamas antitank missile is fired at it, and this has happened quite often.

Colonel Hacohen, who has served as the commander of the Nahal's patrol battalion and head of the chief of staff's bureau, was given the demanding position after being sent to rest abroad. His rest was interrupted in the middle when he was called to return to Israel.

Since the fighting began, he no longer sleeps in the regiment's headquarters, but near the ground, ready to be alerted at any moment. But sleep is not the proper definition for the random nap he gets to take in his jeep, which could reach up to three hours in the best-case scenario, but is usually much shorter. Apart from his responsibility to defend the communities, his and all IDF commanders' biggest nightmare stems from the threat of terrorists infiltrating Israel through the tunnels. Hacohen's main job is to destroy those tunnels. In fact, he has become the tunnel destruction "contractor" and an expert on the issue against his will. Most of the details related to the thwarting activity cannot be disclosed. I can only say that it's creative and that the Jewish mind is working very well. But patience is still needed. The solution for locating the tunnels is still nowhere in the horizon. Although the IDF needs more time to destroy the tunnel threat, it appears to have already implemented a dramatic change in its perception of defending the Gaza vicinity communities against the tunnels. If you want proof, take a look at the regimental police post in Kibbutz Kerem Shalom, which is manned by fighters from the Maglan special forces unit. An elite unit force with a classified purpose securing one kibbutz. Ofer, the community's military security coordinator, is defined in the southern brigade as "commander of the Kerem Shalom post." And that's exactly what the IDF is doing in light of the tunnel threat: Many soldiers are guarding every community, engaging in patrols, observations and ambushes. And if that were not enough, a Merkava Mark IV tank takes the farmers to the fields every day to switch on the irrigation system, otherwise the crops will be destroyed. Those of us with a good memory should be familiar with this image. The Gaza vicinity communities are starting to look like a post in southern Lebanon, with one fundamental difference: This time the soldiers are looking after civilians.