Netanyahu's mistakes have nothing to do with the strategic aspect, but with the tactical conduct
Photo: Reuters

'Peace initiative' is a dead-end road

Op-ed: Netanyahu is doing the right and responsible thing by avoiding a peace plan based on the Clinton Parameters; his mistake is in the way he is managing the conflict.

Three arguments have been made recently against Prime Minister Benjamin Netanyahu. The first has to do with his personal conduct and his wife's conduct. The second expresses criticism over his activity in regards to his Congress speech. The third is that he has no peace initiative.

I can understand the first two arguments and even agree with them, but it isn't exactly clear what those who voice the third argument want, including former Mossad chief Meir Dagan. Sometimes, the most important issues are actually quite simple to define. Whoever supports a "peace initiative" or an "Israeli peace plan" and wants his plan to be considered realistic by the Palestinians, the Arab world and the international community, essentially supports the Clinton Parameters – the proposal submitted by the then-US president to the two sides in November 2000.

The main details of the plan were that Israel would withdraw to the 1967 borders with a limited land swap, more than 100,000 Israelis living in Judea and Samaria would be evacuated, Jerusalem would be divided and there would be a complicated solution to the Holy Basin, there would be no Israeli control over the Jordan Valley and the West Bank's airspace, and an agreed upon number of Palestinians would return to Israel.

Even the Saudi peace plan demands these conditions (as well as a withdrawal from the Golan Heights) before a pan-Arab recognition of the State of Israel. Are all those who are demanding that the government launch a peace initiative interested in this plan? If they are, why don’t they specifically say so? And if they have a different idea for a peace plan, what is it? 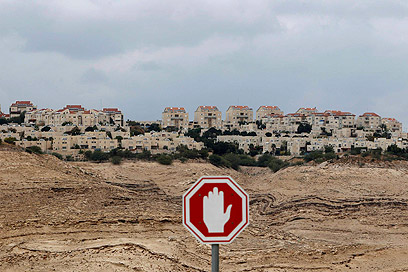 As long as we are talking about an Israeli-Palestinian agreement which is geographically delimited to the area between the Jordan River and the Mediterranean Sea, there is no other plan apart from Clinton's. Despite the famous phrase that God is in the details, we are seeing an opposite situation here. The details are well known. Whoever negotiates with the Palestinians based on the two-state solution will reach the Clinton plan in the best-case scenario.

Under the current circumstances – with Hamas in control of Gaza and still popular in the West Bank, and the Islamic State threatening Jordan – it would be a mistake to agree to the Clinton plan, just like it was a mistake to try and reach a peace agreement with Syria by completely conceding the Golan Heights.

In this sense, Netanyahu's policy is correct and responsible. The mistakes made by him and his government have nothing to do with the strategic aspect, but with the tactical conduct. It is precisely those who rightfully avoid accepting the Clinton plan and prefer to manage the conflict instead of solve it who should be managing the conflict properly.

Netanyahu is in favor of "economic peace," but in practice we are doing things differently: Halting the power supply to the West Bank's cities, refusing for months to connect the new Palestinian city of Rawabi to the water supply system, freezing the transfer of tax revenues to the Palestinian Authority, and unnecessarily making it difficult for Gaza to make economic progress. We are avoiding reaching understandings with the Americans over the settlement construction, thereby helping our enemies accuse us of torpedoing any chance for a future agreement.

But alongside these mistakes, avoiding a peace initiative based on the Clinton Parameters is actually the right and responsible thing to do. The diplomatic move which should be taken right now is a quiet dialogue with the United States in order to review different alternatives for that plan. This is an activity which naturally takes time, and it must start with a fundamental examination of all the existing premises, including the assumption that a solution to the conflict must be delimited to the area between the Jordan River and the Mediterranean Sea.

We should hope that the next government, regardless of its identity, will engage in such an examination. Anyone who tries to just revive the existing plan, calling it a "peace initiative," will reach a frustrating dead end again. That's exactly what has been happening for the past 21 years.