No humanitarian help to Hamas until soldiers returned

After demand by families of fallen soldiers whose bodies are being held in Gaza, COGAT tells head of Red Cross delegation in Israel the IDF would not allow search efforts in collapsed tunnel on Gaza border without progress on the issue of Israeli POWs and MIAs.

The families of Lt. Hadar Goldin and Sgt. Oron Shaul, whose bodies are being held by Hamas, raised objections Thursday to a request by the Palestinians to allow international forces to aid in the search for five terrorists believed to be trapped inside a border-crossing tunnel the IDF blew up earlier this week. "We hope the Israeli government doesn't dare accede to Hamas's request as long as they're not returning Oron," the Shaul family said in a statement following reports the Red Cross was pressing Israel to allow it to aid in the search effort. "Oron was kidnapped into a tunnel the Hamas fighters dug, and is being held in Gaza by them for three years, while they refuse to allow the Red Cross to ascertain his situation."

The Goldin family called on Prime Minister Benjamin Netanyahu to explicitly condition the approval of any humanitarian request in the return of Hadar and Oron to Israel.

Goldin and Shaul
"Any Israeli humanitarian gesture toward Hamas must be conditioned in the return of our sons home," the Goldin family said. "If the Israeli government accedes to Hamas, it would constitute a moral injustice and diplomatic weakness. It cannot be that the government continues acceding to Hamas's humanitarian caprices while IDF soldiers are being held by it."

Both Shaul and Goldin, who were killed in Gaza during the 2014 Operation Protective Edge, were declared by the IDF's chief rabbi as fallen soldiers whose place of burial is unknown.

Seven terrorists were killed and 11 others wounded in the tunnel explosion on Monday, among them senior Islamic Jihad and Hamas commanders. Among the dead were also Hamas commandos who went into the tunnel after its explosion in an effort to extract the wounded. 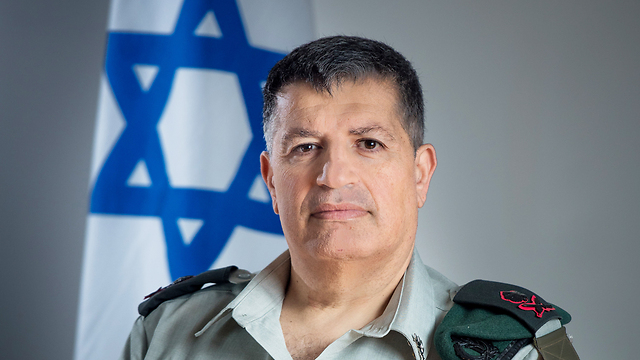 Following the statements from the two families, the Coordinator of Government Activities in the Territories (COGAT), Maj. Gen. Yoav Mordechai, spoke to Jacques De Maio, the head of the International Committee of the Red Cross delegation to Israel, stressing to him that Israel "would not allow search efforts in the Gaza Strip security zone without progress on the issue of Israeli POWs and MIAs."

At the end of the video, a caption written in Hebrew reads: "Time is running out."