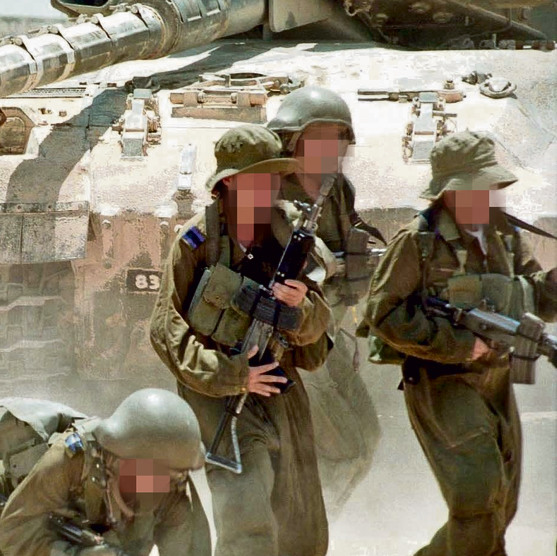 A group of IDF reserve officers and a former MK sent a letter to Minister of Defense Avigdor Lieberman demanding he rescind the IDF's joint service command and remove female soldiers from combat roles.

The letter was written on the heels of the army's decision to station female tank operators on Israel's southern front.

The officers—ranging in rank from lieutenant to lieutenant colonel, and joined by Brig.-Gen. (res.) and former MK Aryeh Eldad, who served as an IDF Chief Medical Officer—said they were "worriedly monitoring the significant changes taking place in the military pertaining to the basic definition of the army's role as well as to reality among the fighting units in the field.

"In the past few years, women's roles in various fighting positions has dramatically increased, and it was decided to develop many new combat professions for them," the joint letter read.

"Inquiries carried out by the army itself negated this move and placed a large, worrying cloud over it, especially in light of the fact the data was not properly presented to the public," the officers further claimed.

Female soldiers serving in tanks crews drew criticism for reservist officers
Claims had been made recently regarding the supposedly high drop-out rate among female soldiers in combat postings, as well as the high rate of medical issues prevalent among them, but as recent data illustrated, their survivability actually increased. According to the IDF's statistics, therefore, in the last basic training course for the co-ed battalions, taking place in the new recruit base inaugurated this past August, the drop-out rate for women was 7.5 percent, whereas among men it was 6 percent. Similarly, the rate of injuries among female combat soldiers dropped by roughly 50 percent compared to the last draft, from 50 percent among previous recruits to 26 among current ones. A significant 55 percent drop-off was also noted in women's stress fracture injuries, dipping from 15 percent to 6.6 percent, whereas 3.5 percent of their male counterparts suffered such injuries. The IDF made the requisite adjustments to incorporate women into combat postings and claimed that despite the fact it had withdrawn the demand for a physical examination and reduced the number of magazines female soldiers carry in their vests, their readiness for combat was not compromised.

MK Smotrich said Israelis would not be able to stand seeing a female soldier in the hands of ISIS (Photo: Gil Yohanan)
MK Bezalel Smotrich (Bayit Yehudi) believed otherwise, however, and claimed the lowered bar is not up to spec when it comes to the threats Israel faces. "While the woman in the tank may win, the IDF might not," he tweeted Sunday. "What happens if we are attacked on our borders? We have peace with Egypt, but the Islamic State's presence in Sinai does not rule out harsh scenarios happening along the fence, such as kidnapping," Smotrich charged. "Gilad Shalit's kidnapping will be child's play compared to female soldiers being snatched from tanks. Israeli society will not be able to handle photos of a kidnapped female soldier in the hands of ISIS for one hour. It's irresponsible risk management," the MK stated.

Despite the vocal protestations, other voices also made themselves heard. "Those opposed to women receiving combat postings do so out of hysteria and not a sincere concern for the army and its readiness," said MK Ayelet Nahmias-Verbin (Zionist Union) Sunday.

MK Nahmias-Verbin said those opposed to coed service do so out of 'hysteria' (Photo: Gil Yohanan)
"I meet girls studying in religious seminars begging to receive information about IDF conscription, who wish to serve in meaningful roles, while a small group of rabbis and public personalities are trying to force them back into the kitchen," Nahmias-Verbin protested. Her fellow party member MK Stav Shaffir also commented on the matter. "Conservative forces trying to roll back time out of political interests will not stop these brave women, nor will it stop the IDF," she said. In response to the original letter, 350 reservist officers—both male and female—signed a counter-letter voicing their support for joint service.