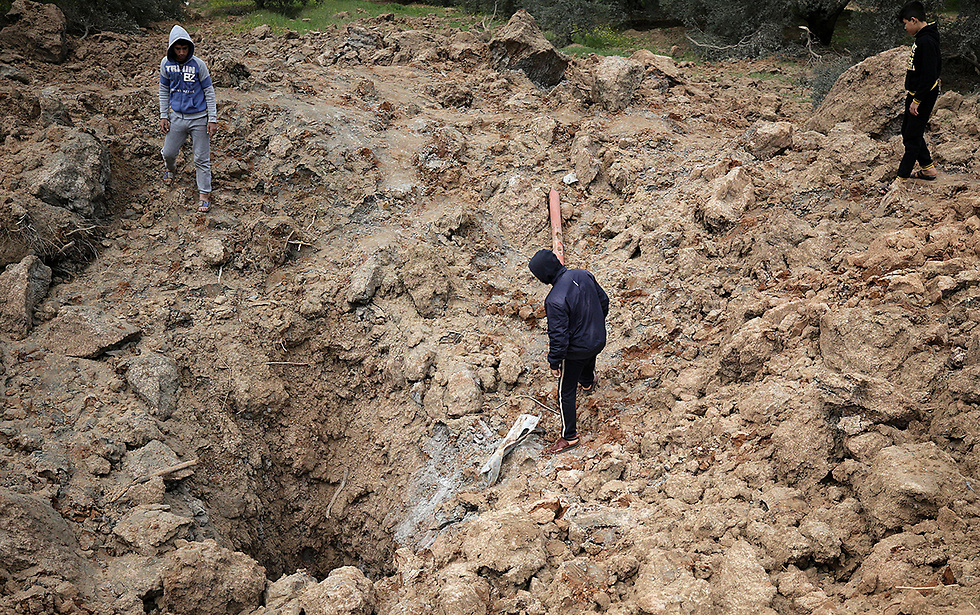 Defense minister confirms Israeli jets took out a Hamas attack tunnel near strip's southern tip; fresh strike comes in wake of rocket fired Sunday into Israel; IDF: 'Hamas is responsible for everything that happens in Gaza above and below ground.'

Israeli jets attacked overnight Sunday a Hamas attack tunnel in southern Gaza near the Kerem Shalom crossing after a rocket fired from the Strip exploded Sunday evening in an open area in the Sha’ar HaNegev Regional Council.

A statement issued by the IDF Spokesperson’s Unit shortly after the Israel Air Force (IAF) struck the target indicated that the fresh attack had been launched in response to Gaza’s rocket fire.

“Hamas is responsible for everything that happens in the Gaza Strip, above and below ground,” the statement read. “The army will continue to act to ensure security for the citizens of Israel using all means at its disposal.”

According to Palestinian officials, the attack was carried out in the area where a destroyed airport is located in Dahaniya, close to the Israeli border.

A Code Red alert sounded Sunday evening in Sderot and several towns in the Sha'ar HaNegev Regional Council after rocket fire from the Gaza Strip was spotted, only hours after an earlier rocket landed on the roof of a residence of the region. There were no casualties and no damage was caused.

In addition to sporadic rocket fire that has plagued southern Israel in recent months, tensions were further heightened on the border when two soldiers were wounded Saturday afternoon when an explosive device was set off near an IDF patrol around the border fence in the southern Gaza Strip, opposite the Ein HaShlosha kibbutz.

A wounded soldier near the Soroka Hospital

Defense Minister Avigdor Lieberman said Sunday that the Popular Resistance Committees organization was behind the explosive device set off near an IDF force on Saturday on the Gaza border, which left four soldiers wounded.

"Until we eliminate them, the score remains unsettled. It will take two days, a week, or two weeks. We'll eliminate anyone behind the attack's execution," Lieberman told Ynet on Sunday morning.