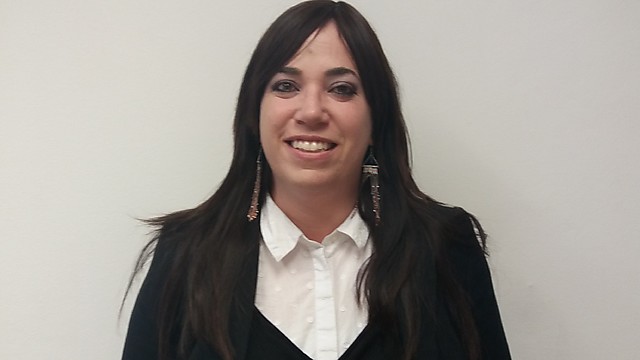 Justice Minister Ayelet Shaked boasted of completing the unprecedented appointments of six justices—40 percent of the Supreme Court's 15—that will determine the court's direction in the years to come.

Perhaps the highlight of the Committee's selections for lower instances is attorney Chavi Toker, appointed to the Jerusalem Magistrates' Court, the first Haredi woman to accede to such a position.

Further history was made by the Committee when they selected Sameh Amar to join Toker in the Jerusalem Magistrates' Court as the first female Arab registrar.

Justice Varda Wirth Livne was chosen to head the National Labor Court, while her deputy will be Judge Ilan Itah.

From within the Haredi mainstream

Dr. Yitzhak Kister was the first Haredi appointed to the Supreme Court's bench, but Toker is the first woman from the denomination to be appointed judge on any instance.

Her historic appointment aroused much excitement within the Haredi sector, but also criticism on the part of more hard-line factions, which refuse to recognize any of the state's institutions—including the courts system—and only appeal to religious Jewish tribunals.

Toker was born in England and raised in Bnei Brak, the eldest of 12 siblings. She comes from the very heart of Haredi mainstream, as she is the member of a prominent Lithuanian family.

Her father, Rabbi Rafael Wolff, studied at Bnei Brak's Ponevezh yeshiva and for 25 years served as right-hand man for the late Rabbi Elazar Shach—the undisputed leader of Haredi society when he was alive.

Chavi Toker is married to Yehezkel, an attorney and an advocate at rabbinical courts. Yehezkel Toker is the son of the late Rabbi Nachman Toker, one of the heads of the esteemed Hebron yeshiva.

The couple's eldest son joined the Givati Brigade's Haredi company several months ago, while their daughter is studying at the Beit Yaakov girls' seminar and their two youngest sons study at a Jerusalem cheder.

Responding to Toker's selection, President Rueven Rivlin said, "This is a happy day for both her and the State of Israel entire. I'm convinced she'll bring her hard-earned skills and knowledge to the bench, along with the values of Hebrew court and traditions she took in from her parents and in-laws."

Toker, previously of the civil Jerusalem District Attorney's Office, is herself a graduate of the Beit Yaakov seminar and holds a bachelor's degree in law from the Ramat Gan College of Law and Business and a master's in law from the Hebrew University.

She began her legal career as a student in 2003, and later interned at the traffic division of the Magistrates' Court, also serving as a paralegal in the Jerusalem District Court.

She transferred to the Police Investigation Unit in 2011 and to the civil division of the Jerusalem District Court in 2012, where she dealt mainly with tax, corporate and bankruptcy cases.

Haredi media celebrated Toker's appointment. According to the popular Kikar HaShabbat website, Shaked announced her intention to appoint Toker a month ago, at a women's conference organized by the site.

"I consider it a special challenge to appoint a Haredi woman judge and intended to do so in this coming Committee's session," the site quoted her as saying.

Haredi portal Bechadrei Charedim, meanwhile, wrote Thursday morning, before news of the appointment broke, that, "The eyes of many Haredim are currently on the Judicial Selection Committee."

Shaked iterated her desire to appoint a Haredi justice to the Supreme Court on multiple occasions, but not a single Haredi candidate was included in the list of 24 prospective appointees.

Following in the footsteps of Rachel Freier, the first American Haredi judge

A little over a year ago, and for the first time in history, an ultra-Orthodox woman was sworn in as a judge in New York.

Rachel Freier, 50, was sworn in on December 2015 as a Civil Court judge in Kings County, Brooklyn. Both American and Israeli media followed the process leading up to her appointment intently.

In an interview with Ynet, she spoke about the clear path lying ahead of her, the values she refused to comprise on and the status of Haredi women in the United States—of whom she was a proud representative.

Her swearing-in ceremony was most likely the first of its kind, as the hall was filled to capacity with Hasidim and wig-clad women alongside senior New York City officials. In one of the highlights of the event, Hasidic singer Lipa Schmeltzer sang the Star Spangled Banner—combined with Yiddish passages.

Freier was born in Borough Park, Brooklyn, and is a mother of six as well as a grandmother, and brought her grandchildren onstage while Schmeltzer sang God Bless America in Yiddish.

In her remarks, Freier spoke proudly of her Hasidic heritage and her obligations to the community in Brooklyn.

"I hope ultra-Orthodox women understand that they can achieve their goals without compromising their religious values," she said. "There is a misconception that women in our community suffer from oppression and can't succeed."

When the Committee first convened Thursday morning, Justice Minister Shaked said, "One year ago, we chose four justices for the Supreme Court. Today we are choosing another two. All the candidates are excellent. The Committee was fortunate to lead the process of selecting 230 judges to the courts."

The final 3 candidates for the Supreme Court (L-R): Prof. Alex Stein, Judge Ofer Grosskopf and Judge Shaul Shohat
Committee member MK Koren told Ynet earlier she hoped the other members could agree on the selection of the two new justices to the High Court. "We have a list of 22 good and qualified candidates. We interviewed them and saw their professionalism. I want the courts to represent the multiculturalism of Israeli society, because in fact, the court system is a reflection of Israeli society."

Koren also said that she believed her agenda on the Commitee was more or less succeeding but that the main thing is that the selections be based on the competency and quality of the candidates. "I want there to be a woman on the list, but we must achieve a majority of seven votes for a candidate and it is difficult for us all to agree," she said.