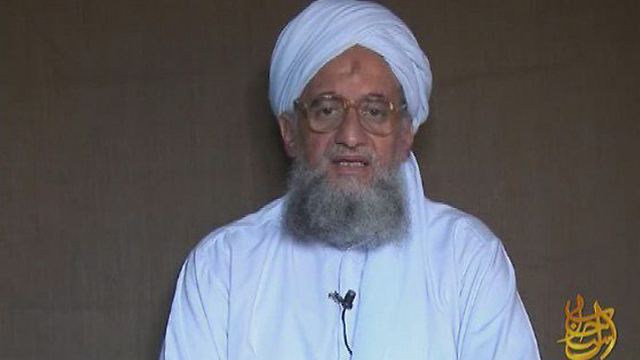 In a four-minute and 43-second recording posted on social media, Ayman al-Zawahri says all Muslim countries have effectively recognized Israel by signing the UN charter which calls for respecting the territorial integrity of every member state, including Israel.

Al-Qaeda leader Ayman al-Zawahri, speaking in a recording released on Sunday, the eve of plans by the United States to move its embassy to Jerusalem, said that Tel Aviv was also Muslim land.

The United States has finalized preparations to move its embassy from Tel Aviv to Jerusalem in a ceremony scheduled for Monday.

President Donald Trump, who in December reversed decades of US policy by recognizing Jerusalem as the capital of Israel, has sent his daughter Ivanka and son-in-law Jared Kushner—both White House advisers—as part of a delegation to the ceremony.

Trump’s decision on the embassy has enraged Palestinians, who want Arab east Jerusalem, captured in the 1967 Middle East war, to be the capital of their own future state. The status of the city—home to sites holy to the Muslim, Jewish and Christian religions—is one of the biggest obstacles to reaching a peace agreement between Israel and the Palestinians.

Trump says he is making good on US legislation and presidential pledges dating back decades.

Preparations for US Embassy opening in Jerusalem (Photo: AP)

In his four-minute and 43-second message, Zawahri said all Muslim countries have effectively recognized Israel by signing the United Nations charter which calls for respecting the territorial integrity of every member state, including Israel.

“Many have even established public or secret relations with Israel and accepted that Tel Aviv or West Jerusalem be the capital of Israel, even though it is also Muslim land that cannot be ceded to Jews,” Zawahri said in the recording posted on a social media channel used by the Islamist militant group.

The authenticity of the recording could not immediately be verified.

Zawahri’s last public message was issued in February, when he called on Egyptians to topple their government ahead of presidential elections in March that gave President Abdel Fatah al-Sisi a second term in office.