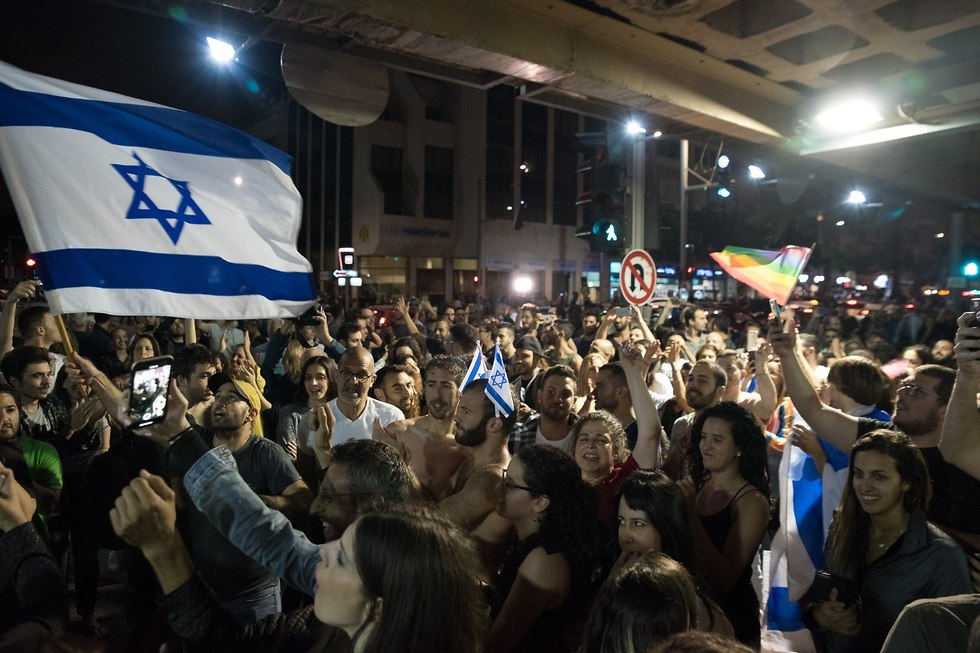 Artists call for boycott of Eurovision contest in Israel

More than 100 artists from around the globe, including Roger Waters and Ken Loach, publish a letter calling for the boycott of the Eurovision Song Contest to be held in Israel next year; say contest should be boycotted 'until Palestinians can enjoy freedom, justice and equal rights.'

Over 100 artists from around the world are calling for a boycott of the Eurovision Song Contest, due to be held in Israel on 2019. In a letter published by the Guardian on Friday dozens of musicians, actors, filmmakers and directors said they support Palestinian artists' boycott of the contest since Israel "violates Palestinian human rights."

"Until Palestinians can enjoy freedom, justice and equal rights, there should be no business-as-usual with the state that is denying them their basic rights," the letter reads.

"Eurovision 2019 should be boycotted if it is hosted by Israel while it continues its grave, decades-old violations of Palestinian human rights," the letter continues.

celebrating the country's win in the Eurovision Song Contest (Photo: Raz Gross)
"We understand that the European Broadcasting Union is demanding that Israel finds a 'non-divisive' location for the 2019 Eurovision. It should cancel Israel’s hosting of the contest altogether and move it to another country with a better human rights record. Injustice divides, while the pursuit of dignity and human rights unites," the letter demands.

The letter also mentions IDF's shooting of demonstrators along the Israel-Gaza border during the "Great March of Return" riots just a few days after Netta Barzilai's win.

"On 14 May, days after Israel’s Eurovision win, the Israeli army killed 62 unarmed Palestinian protesters in Gaza, including six children, and injured hundreds, most with live ammunition," they wrote.

The letter is signed by over 100 figures from the arts world in Europe, Australia, and the United States, as well as several Israeli cultural figures.

Among the prominent artists who signed the letters are musician Roger Waters, producer Brian Eno, and director Ken Loach— all of whom have expressed their disapproval of Israel's policy.

The preparations for the Eurovision, which will be held in May, went into high gear and in the upcoming days the contest's venue will be announced. It will be held in Tel Aviv or Jerusalem, after Eilat had withdrawn from the race.

Since the cancellation of the soccer match between Argentina and Israel, Prime Minister Benjamin Netanyahu instructed the ministers involved— Minister of Culture and Sports Miri Regev and Minister of Communications Ayoob Kara—not to say anything that might jeopardize the endorsement of the European Broadcasting Union (EBU) of the competition.

On Tuesday reports surfaced that the EBU has sent an official letter to Netanyahu demanding his guarantee that the government would not interfere in the contents of the contest.