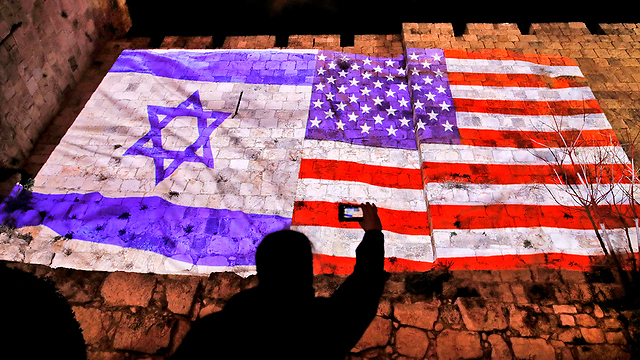 American Jews, you are also to blame for the rift

Op-ed: US Jewry has been passive about Israel for years, creating a rift between the communities, for which they blamed the Israelis. Right now, they appear to regret this decision but in order to rectify it, American Jews have to make an effort to penetrate the heart of the Israeli society and fight for its place in it.

For years now, American Jewry has been passive about Israel, while blaming Israel and the Israelis for the rift that had formed between the two communities. Today they regret the neglect, but US Jewry now has to fight for its place in Israeli society.

In recent times, the norm has been to blame Israel (meaning Prime Minister Benjamin Netanyahu and the ultra-Orthodox politicians), for the troubled relationship we have been having with the biggest Jewish diaspora in the world—US Jewry. I also took this stand.

The rift has exasperated over the past year, in light of some bumps along the way, such as Tzipi Hotovely and Natalie Portman, and the appointment of Isaac Herzog as head of the Jewish Agency, which spiked tensions between Netanyahu and US Jewry to an all time high.

(Photo: AFP)
But today of all days, on the eve of the General Assembly of the Jewish Federations of North America (GA) in Tel Aviv, we need to re-observe this norm. Not because Netanyahu isn’t responsible for the striking deterioration of the relationship between Israel and US Jewry, but because of the passivity of the leaders of the Jewish communities and the leaders of the Reform and Conservative movements, regarding everything that has to do with Israel. In other words, instead of complaining about Israeli politicians, let us ask the dear American Jewry one question: What have you done lately in order to penetrate the heart of Israeli society, and show Israelis what your agenda is? In the US, it is well understood that neglecting this aspect of the relationship with Israel was a mistake. That is why it is so easy to point the finger at them. In today’s Tel Aviv assembly, more than 1,000 young American Jews are participating in order to start a new dialogue with Israeli society. And thus, the slogan of the event—”We need to talk”—is very suitable. US Jewry wants to talk, but more than that, they want to start afresh with Judaism’s mothership. “We understand we haven’t done enough,” admitted Jerry Silverman, CEO of the Jewish Federations of North America. Last year, an Orthodox Rabbi, Saul Berman, amazed me and my fellow Gesher movement team when we visited communities in the Washington and NYC region. He called on his friends from Conservative and Reform movements, and asked them to deepen their relationship with Israeli society and start a new and more intensive dialogue with it. “Where have you been for the past years?”, he asked them. Who would even imagine this scene here in Israel: An Israeli Orthodox Rabbi, who sees the Reform community as the worst of it all, will call a Reform Rabbi to deepen his connection with Israel?

Reform and Conservative Jews are the majority within the US Jewish community. Many of the younger generation suffer a serious identity crisis, in light of the impossibility to identify with what Israel has been representing for the past decade, under Netanyahu and his right- wing governments.

But an important factor of their detachment from Israel, lies in the religious aspect, as the Orthodox establishment pushes the pluralistic movements out of the game. However, it would be naive to expect the Israeli Orthodox establishment to make room around the table. It isn’t going to happen, not without a fight. The Orthodox are not going to give up the monopoly and the power that comes with it. And so, if there is any chance for a change in the upcoming years, it lies in the efforts that might (or might not) come from American Jewry to penetrate the heart of the Israeli public. Not through politicians, but directly. US Jews do not need to embrace the Israeli establishment, but to make an effort to work around it, and if necessary—to confront it head on. No other way is going to work. If indeed, US Jewry has awaken from its coma, and if their connection with Israeli society means something to them—they have to act firmly and decisively in order to widen their bond with us. And if the Reforms and Conservatives want Israelis to know that they aren’t the devil, but a pleasant Jewish movement, they have to be present and fight for their role and place in Israeli society. There is no reason, for example, that a secular Jew who does not want to use the Rabbinate services in order to marry, will not choose a Conservative Rabbi to stand under the chuppah. “We need to talk” is a nice slogan for an assembly, but it needs to be replaced by a call for battle. The battle of American Jewry’s place in Israeli Society.