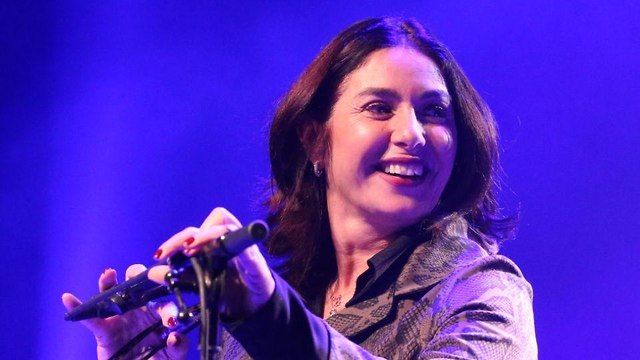 Culture Minister Miri Regev comes under fire after implying former IDF chief of staff Benny Gantz, who encouraged Israelis to return home to the Gaza border during a ceasefire in 2014, was responsible for the death of Daniel Tregerman, who was killed by a mortar shell that hit his home.

Culture and Sports Minister Miri Regev came under fire on Tuesday after implying former IDF chief of staff Benny Gantz was responsible for the death of four-year-old Daniel Tregerman, who was killed by a mortar shell fired from Gaza.

Gantz is rumored to be considering entering politics in the next elections, but has yet to make any announcement on the matter.

Regev told journalist Niv Raskin in an interview that she would not want to see Gantz as defense minister, adding "The final chord of his tenure as the chief of staff was when he told Israelis 'go out to pick anemones' and Daniel Tregerman was killed. The only ones who can lead the security policy are the Likud Party and (Prime Minister) Netanyahu."

Culture Minister Miri Regev (Photo: Motti Kimchi)
Regev was referring to comments Gantz made in early August 2014, the midst of Operation Protective Edge, after a ceasefire was reached with Hamas. He called on the residents of the south to return to their homes and said—in what was later dubbed the "Anemones Speech"—that "the fields will go green, and we will have a 'red south' in the positive sense of the phrase—a south with anemones, flowers and stability for many more years to come."

But the ceasefire didn't last, and during one of its violations by Hamas, Tregerman was killed by a mortar shell that hit his home in the Sha'ar HaNegev Regional Council while he was running for shelter.

"When the culture minister links the words of a former IDF chief with Daniel's murder, she has the support of the prime minister, who allows these terrible things to be said," accused Opposition leader Tzipi Livni.

Regev hit back, telling "those with short-term memories," that "I didn't accuse Gantz of Daniel's death, I simply laid out the facts as they were."

Former IDF chief Benny Gantz (Photo: Israel Television News Company)
The culture minister was also met with disapproval at the Israeli Union of Performing Artists' awards ceremony on Tuesday night. Her speech, during which she also addressed the controversial "loyalty in culture" legislation, was constantly interrupted with loud booing and calls of "don't involve politics" from the audience. "There's a limit to the freedom of expression," Regev said in response to the hostile reception. "The freedom of expression and art—yes; the freedom of incitement—not at all. I will continue speaking my truth from any stage I'm on." She also explained the nature of the contentious legislation, which critics say could stifle the freedom of expression. The proposed legislation, she said "has nothing to do with art or criticism, profound as it may be. Should we provide funding from our budget to a play about someone who murdered soldiers? No way. This is what the law is about, nothing else." "You will continue creating and criticism, and we respect that," she continued. "Believe it or not, we would even fund it. But we won't use public funds to finance incitement against the State of Israel as a Jewish and democratic state." Ami Friedman contributed to this story.