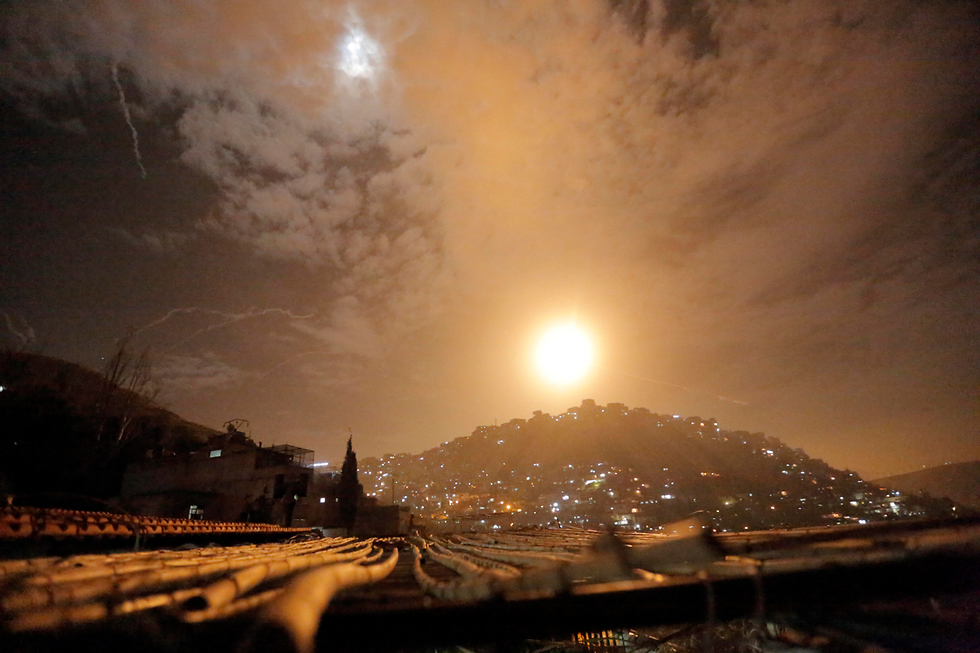 Analysis: Israel was once again able to thwart an Iranian retaliatory strike, thanks to quality intelligence and foresight. But the Iranians will certainly not back down now, and the IDF must be ready for when the Quds Force try again.

It was IDF Chief of Staff Aviv Kochavi's first round of fighting against Qasem Soleimani, the commander of the elite Quds Force of the Iranian Revolutionary Guards, and he scored a knockout win, even if official Israel won't admit it. It seems quality intelligence collected by the IDF led to some sort of a successful ambush, which exacted a significant price from the Iranians in Syria. Since Operation House of Cards in May 2018, the Iranians have been looking for an opportunity to retaliate against Israel. To them, the recent changes in Syria—and especially Assad's victory in the country's years-long civil war—serve as an excellent opportunity to do so. They wanted to create a price tag that would have Israel pay dearly for the attacks on Iranian infrastructure and make it wary of attacking again, or at the very least reduce the number of Israeli strikes down from the dozens carried out in 2018. "We will not ignore such acts of aggression as Iran attempts to entrench itself militarily in Syria, and in light of explicit statements by Iran that it seeks to destroy Israel," said Prime Minister Benjamin Netanyahu. "We are acting against Iran and against the Syrian forces that abet the Iranian aggression. Whoever tries to hurt us—we will hurt them."

IAF attack overnight Monday near Damascus (Photo: EPA)
To understand the IDF's operational achievement, one must examine the exact timeline and analyze the intelligence. According to the reports in Syria, the first Israeli strike in the country was carried out at 1pm Sunday. And despite the fact Syrian aerial defenses were activated, the strike was a success.

An hour later, the Iranian missile was launched at the northern Golan Heights. It may have surprised many, but not those in the know. It also wasn't a coincidence that it was the Iron Dome that intercepted the missile and not David's Sling. This was thanks to early assessment of the Quds Force's plans to respond to the strikes attributed to Israel.

The Iranians invested in preparing the launch of the advanced missile, which has a range of over 200 kilometers and can carry a payload of hundreds of kilograms of explosives. To the Iranians, this was a significant response. Had the missile landed in one of the northern Israeli cities and caused casualties, it might have changed the equation.

But the IDF knew of this plan and prepared the Iron Dome battery in the north accordingly, ensuring it covered the Mount Hermon ski site, where thousands of visitors were enjoying the day. In recent years, there have been upgrades and improvements made to the Iron Dome's interception capabilities against heavier missiles, and Sunday was a good opportunity to show off those improvements, which are certainly better than David's Sling interception capabilities.

IDF Chief of Staff Aviv Kochavi (Photo: Reuters)
It's noteworthy that the launch of this type of missile by the Revolutionary Guards rather than some Shiite militia doesn't happen at a moment's notice, and requires approval from the highest ranks in Soleimani's chain of command. It also requires preparation—which Israeli intelligence must have identified. But this is not where the battle ended; on the contrary. The IDF chose to allow the visitors at the Hermon to finish their day out before responding in darkness, attacking several Iranian targets in Syria. These targets included arms depots, training facilities, anti-aircraft systems, and storage facilities at the Damascus airport—which, according to reports, the Russians asked Israel to avoid attacking.

By the end of this skirmish, Israel could be content. But it's important to remember that this is only a tactical victory. The Iranians will try to respond, again and with greater force, particularly after this failure.

There's no need to panic, only to be ready—just like in May, when the Iranians tried to avenge the successes attributed to the IDF, and failed. Such preparations will include bolstering aerial defenses, intelligence and offensive capabilities, as well as a supplementary diplomatic move vis-à-vis the Russians, who promised to curb Iran but didn't keep that promise.