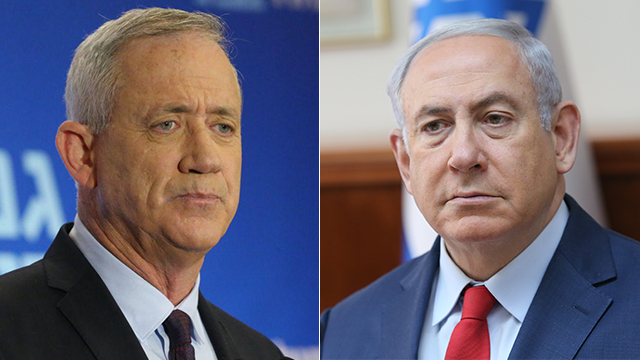 Opinion: Netanyahu's supporters don't believe his involvement in the submarine affair despite overwhelming evidence, but they blindly fall for unconfirmed, far-fetched claims about an alleged sex-tape on Benny Gantz's hacked phone; this is the definition of agnotology - intentional seeding of ignorance

Does Case 3000 - known as the submarine affair - prove that Prime Minister Benjamin Netanyahu is guilty of doing something illegal? Well, all Likud supporters believe with absolute confidence that it’s a political plot. Netanyahu's opponents, however, believe - also with absolute confidence - that it’s the largest corruption case to ever occur in the State of Israel.

Those who hold the firmest positions are usually the least familiar with the details. And what determines the position is the political alliance. I have looked into the details, and I guess that makes me part of a small minority without an unyielding stance on the issue. I do, however, have a few questions.

For instance, some of Netanyahu's close associates were involved in the submarine deal (and are accused of receiving kickbacks for the submarine sale), while he claims not to have been aware of anything, TV presenter Ayala Hasson revealed in her Channel 13 news report that the prime minister was fully in the know.

So what exactly did the renewed discussion about the submarine affair bring about? Probably nothing, because it's highly unlikely that those on the fence about the issue will formulate a concrete position - given that it would take days to process the claims of both sides and distinguish between valid points and manipulations.

I am not an advocate for inquiry commissions, which have become committees that are conducting witch hunts. This time, however, it seems that there is an actual need for such commission, regardless of the upcoming elections.

This is not unique to Israel, this is a global phenomenon. When in the 1950s, the researchers discovered the negative effects of smoking, the tobacco companies’ owners demanded a second opinion. They couldn’t contradict the data but they were able to create confusion and insert doubts. Prof. Robert N. Proctor created an academic concept of agnotology - is the study of intentional, culturally induced ignorance or doubt - and we are currently in the midst of that.

In the current public debate - which we are all part of these days - the eventual result is neither confusion nor ignorance, but rather the establishment of firm positions based on nothing but political alliances.

Agnotology - colloquially known as gaslighting - has many sub-concepts. The professionals in this field working for the prime minister have been spreading hints about alleged evidence of an extramarital affair found on Benny Gantz’s hacked phone. If people affiliated with the ruling Likud know what's on the former IDF chief's phone, then it means it wasn’t the Iranians who hacked it but rather some political elements. If they don’t know, however, then this is an especially contemptible type of political propaganda, which basically involves throwing a ton of mud against the wall and hoping something sticks.

And it’s quite ironic that these rumors are spread by someone who has cheated on all three of his wives. Yes, I’m talking about Benjamin Netanyahu. But this is essentially the idea behind gaslighting - you don’t shy away from using any means necessary.

Once again, this is not specific to Israel. The entire presidential campaign in the United States back in 2016 was a prime example of gaslighting at play.

That same year, a similar thing happened in Britain during the Brexit campaign, when the pro-leave members launched their infamous slogan “We send the European Union £350 million a week.” Although it was nothing more than manipulation, the experts suggest it’s what ultimately decided the outcome. A survey conducted after the Brexit vote shows that 42% of Britons still believe the slogan to be true, 36% think it’s a lie, and 22% say they’re unsure. Those opposing Britain leaving the EU are now planning a class action lawsuit against the mastermind of that slogan - Boris Johnson - who almost became prime minister - and might still.

Gaslighting is an integral part of any election campaign, since it’s the main side effect of freedom of speech. The problem is that during these Israeli elections, this side effect pretty much defines the entire campaign. The media is also to blame for this. We are all suspected of political bias. It’s the downside of any democracy.