US Senate panel votes to authorize force in Syria

Full Senate expected to vote next week on resolution would permit Obama to order limited military mission against Assad regime. Kerry at House hearing: If we don't take a stand here today, we are more likely to face far greater risks in the future

A Senate panel voted Wednesday to give President Barack Obama the authority to use military force against Syria in response to a deadly chemical weapons attack, adding momentum to the White House's push to win congressional backing for a strike.

The vote in the Senate Foreign Relations Committee was the first in a series as the president's request makes its way through congressional panels before coming before the two chambers of Congress for a final vote.

The full Senate is expected to vote on the measure next week. Obama's top advisers on Wednesday took the argument for action to the Republican-controlled House of Representatives, where the support seen in the Senate will be harder to find.

The resolution would permit Obama to order a limited military mission against Syria, as long as it doesn't exceed 90 days and involves no American troops on the ground for combat operations. The Senate committee vote was 10-7, with one senator voting present. It marked the first time lawmakers have voted to authorize military action since the October 2002 votes giving President George W. Bush the authority to invade Iraq. 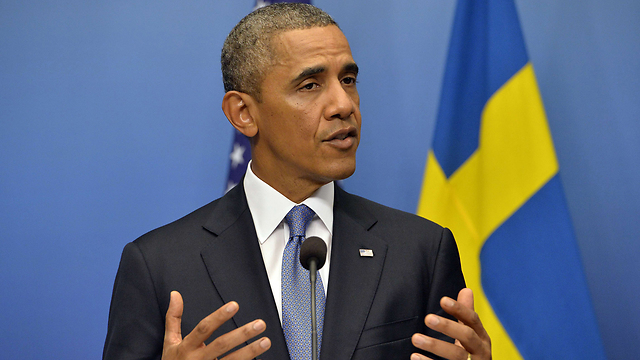 Obama, who was visiting Sweden before he attends a G-20 economic summit with Russia later this week, said the international community's credibility is at stake in the debate over a military response to the use of chemical weapons in Syria.

The Obama administration says a sarin gas attack by Syrian President Bashar Assad's forces outside Damascus last month killed more than 1,400 people. Assad's government has denied being behind the attack. Asked about his past comments drawing a "red line" against the use of chemical weapons, Obama said that line had already been drawn by a chemical weapons treaty ratified by countries around the world. "That wasn't something I made up," he said. The Senate committee's vote had been delayed after Republican Sen. John McCain, an outspoken advocate of intervention against Assad's regime, said he doesn't support the resolution. McCain said he wants more than cruise missile strikes and other limited action, seeking a stronger response aimed at "reversing the momentum on the battlefield" and hastening Assad's departure.

The Obama administration also needs to persuade a Republican-dominated House of Representatives that has opposed almost everything on Obama's agenda since the party seized the majority more than three years ago.

The top Republican in Congress, House Speaker John Boehner, has signaled key support, saying the US has "enemies around the world that need to understand that we're not going to tolerate this type of behavior." Obama on Saturday unexpectedly stepped back from ordering a military strike under his own authority and announced he would seek congressional approval. Reporters asked Obama on Wednesday whether he would take action against Syria if he fails to get that approval. As commander in chief, "I always preserve the right and the responsibility to act on behalf of America's national security," he said. 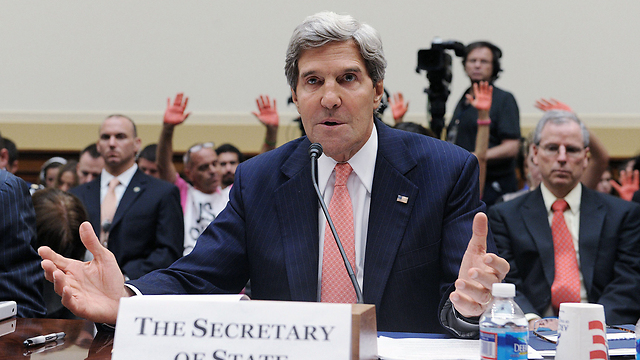 The administration says 1,429 people died from the gas attack on Aug. 21. The British-based Syrian Observatory for Human Rights, which collects information from a network of anti-government activists in Syria, says its toll has reached 502. Assad's government blames the episode on the rebels.

A United Nations inspection team said Wednesday it was speeding up its analysis of tissue and soil samples it collected in Syria last week and hopes to have it done in two or three weeks. On Wednesday, Secretary of State John Kerry, Defense Secretary Chuck Hagel and the chairman of the Joint Chiefs of Staff, Gen. Martin Dempsey, were trying to make their case in a public hearing before the House Foreign Affairs Committee. Kerry said that when chemical weapons were used in Syria last spring, Obama did not have a "compelling" enough case to push for a US military response. Kerry also said US intelligence can prove Assad has used chemical weapons at least 11 times, and said North Korea and Iran were watching the US closely.

"If we don't take a stand here today, I guarantee you, we are more likely to face far greater risks to our security and a far greater likelihood of conflict that demands our action in the future," said Kerry. "Assad will read our silence, our unwillingness to act, as a signal that he can use his weapons with impunity."

The secretary of state further stated that "the world is wondering whether the United States of America is going to consent with silence."

Hagel told the lawmakers that a planned military strike on Syria over its chemical weapons use would not be a "pin prick" and would significantly reduce President Assad's military power.

"The president (Barack Obama) has said ... this would not be a pin prick. Those were his words. This would be a significant strike that would in fact degrade his capability," Hagel told the hearing of the House of Representatives Foreign Affairs Committee, which is considering whether to authorize use of military force.

Hagel also said he thought "the likelihood is very high" that Assad would use chemical weapons again unless the United States took action to make clear use of the weapons was unacceptable. Secretary of State Kerry agreed, saying he thought it was "100 percent" likely.

But even supporters of military action urged Obama to do more to sell his plans to an American public that is highly skeptical after a decade of war in Iraq and Afghanistan. Obama is expected to find little support for action on his overseas trip. Among major allies, only France has offered publicly to join the United States in a strike. UN Secretary-General Ban Ki-moon has warned that any "punitive" strike on Syria would be illegal without a sound case for self-defense or the approval of the Security Council, where Syria ally Russia has used its veto power to block action against Assad's regime. Russian President Vladimir Putin has warned the West against taking one-sided action in Syria but said Russia "doesn't exclude" supporting a UN resolution on punitive military strikes if it is proved that Syria used poison gas on its own people. In an interview Tuesday with The Associated Press, Putin expressed hope that he and Obama would have serious discussions about Syria and other issues at the G-20 summit in St. Petersburg this week.

Obama said Wednesday he is "always hopeful" that Putin will change his position on taking action in Syria.

Kerry informed the US lawmakers that an international coalition for action against Syria is growing, adding that Arab nations had even offered to pay for any strikes.

"We are building support with ... other countries, among them the Arab League," Kerry said.

"Specific countries that have talked in terms of acting" were "Saudi Arabia, the Emirates, Qataris, the Turks and the French."