Prisoner release as part of the Shalit deal in 2011
Photo: EPA 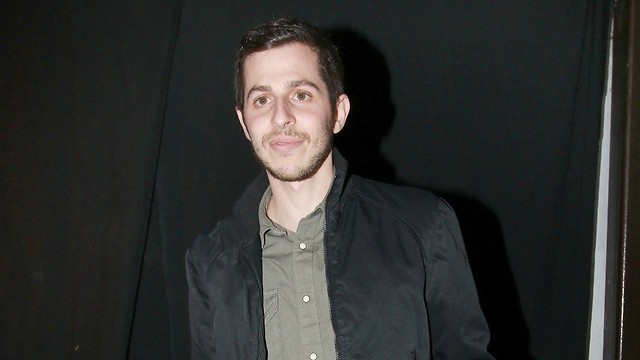 Former security prisoner: We were afraid Shalit would commit suicide

In third part of special series of interviews, Palestinian terrorists released from Israeli prisons in 2013 talk about the Fatah-Hamas rivalry after the Gaza takeover, the internal politics that shaped the list of prisoners released in the Shalit deal, and their admiration for the families of kidnapped IDF soldiers.

The security wings at Israel’s prisons are a mirror image of the Palestinian reality. The relations between Fatah prisoners and their brothers/rivals from Hamas have seen many ups and downs and reached a boiling point twice—in the violent Hamas takeover of Gaza in 2007, and with the Shalit deal in 2011.

A series of interviews conducted by Ynet with some of the 104 prisoners, who were released in 2013 as part of Prime Minister Benjamin Netanyahu's gesture to Palestinian President Mahmoud Abbas, puts a spotlight on the sensitive relations between the Palestinian factions, which Israelis wrongly see as a homogenous bunch.

Gilad Shalit. ‘He was in an unbearable situation’ (Photo: Anat Mosberg)

Immediately after the Gaza coup, realizing the volatility could affect the situation inside the prisons, the Israel Prison Service (IPS) decided to separate Fatah and Hamas prisoners.

“The relations weren’t good,” says Mudqaq Salah, a Fatah member who murdered Israel Tenenbaum in Netanya in 1993. “There was a mess. There was no violence, but each side spoke about the other side, hated the other side.”

Mudqaq Salah, who murdered Israel Tenenbaum. ‘Each side hated the other side’

He says there were people in the prison who tried to ease the tensions and urged the prisoners to make a distinction between the reality outside and life behind bars, but the explosive situation on the ground was stronger than anything.

“After the Gaza coup, everything changed,” says Ziad Ghanimat, a Fatah member who took part in the murder of Meir Ben Yair and Michal Cohen in the Massuah Forest near Beit Shemesh in 1985.

“When it happened, it sparked verbal confrontations. People began badmouthing each other. There were people in the prison whose relatives had been killed in clashes in Gaza, so we were separated. Those were very tense times. We saw our friends being murdered on the streets.”

Ziad Ghanimat, who took part in the murder of Meir Ben Yair and Michal Cohen

How did the Hamas prisoners behave those days?

“They were happy inside the jail. We said to them, ‘How can you be happy when we’re fighting each other?’ And they replied, ‘You’re collaborators.’”

A report about the murder of Meir Ben Yair and Michal Cohen in the Massuah Forest near Beit Shemesh in 1985 (Photo: Yedioth Ahronoth Archive)

A year earlier, in June 2006, things looked different. Hamas, together with two other small organizations, launched a successful strategic attack on the Gaza Strip border, which ended in a way even they hadn’t predicted: They managed to capture a living Israeli soldier, Gilad Shalit, who was kidnapped into the Gaza Strip. The prisoners jailed in Israel, including Fatah prisoners, were overjoyed.

Yusuf Arshid, who served time in prison for the murder of collaborators. ‘A prisoner serving a life term can only be freed by Gilad’

“A person is in the sea, he can’t swim, and he starts drowning. If he sees straw, he’ll even grasp at straw to save himself. A prisoner serving a life term can only be freed by Gilad,” says Yusuf Arshid, a Fatah member who served time in prison for murder of Palestinians who had collaborated with Israel.

So you were happy?

“Most people were happy, and so was I. I said to the wardens, ‘Inshallah (God willing), both Gilad and I will be released, each to his own mother.'"

Esmat Mansour, who took part in the 1993 murder of Haim Mizrahi in Beit El. ‘We saw the Shalit family’s distress’

Meanwhile, Gilad Shalit became the prisoners’ most popular discussion topic. “We spoke about him almost every day. We would discuss every little detail that came up on the news. We realized that Gilad’s release meant the release of hundreds of Palestinian prisoners,” Esmat Mansour, who took part in the 1993 murder of Haim Mizrahi in Beit El, recalls.

“We were afraid he would commit suicide. We hoped they were taking good care of him, so he wouldn’t commit suicide, because he really was in an unbearable situation. No one can get through a year or five years underground without any contact with the outside world.”

The veteran prisoners were touched by Aviva and Noam Shalit’s battle to free their son, although none of them concealed the interest behind the empathy. “We saw their distress and their difficulties,” Mansour says.

“Karnit Goldwasser (the widow of Ehud Goldwasser, an Israeli soldier who was kidnapped by Hezbollah in July 2006) became a symbol too, and we admired her,” he adds. “We saw her fight to find out if her husband was alive or dead. Some prisoners wrote to Noam and Aviva Shalit, ‘We see your battle and we hope he returns safely.'”

“No. Unfortunately, they didn’t.”

The negotiations over Gilad Shalit’s release was held inside the prison too. Yahya Sinwar, who would go on to become the Hamas leader in Gaza, was jailed in Israel at the time together with Tawfik Abu Naim (today the head of Hamas’ security apparatuses in the Gaza Strip) and Rawhi Mushtaha (a member of the Hamas leadership in Gaza). Sinwar was one of the people who had the power to approve or thwart the negotiations. His brother, Muhammad Sinwar, was one of the architects of the Shalit abduction.

Yahya Sinwar. ‘A nervous person with no education’ (Photo: AP)
Khaled Azraq, who murdered Shimon Cohen in 1991, was one of the top Fatah prisoners who held negotiations with Hamas prisoners on the list of prisoners they would present to Israel for release. “Yahya Sinwar was Hamas prisoners’ leader in jail, and he spoke to us,” says Azraq. “He said the list of prisoners Hamas wanted to see released had been prepared during the split (between Hamas and Fatah), and that it was being amended, but it turned out he had lied. He took care of his own release. Had he not been released, there would have been no deal.” Were there prisoners who used to go up to him and beg? “Yes, there were people he ‘bought.’ He moved them over to Hamas in return for a release. There were few Fatah members who did that.”

Khaled Azraq, who murdered Shimon Cohen. ‘Sinwar lied’
And what about those who weren’t in good relations with Sinwar? “They paid for it. Anyone who failed to cooperate with him.” How would you describe Yahya Sinwar? “He’s very irritable. He speaks without thinking. He had no education. All he does all day is read the Quran. People saw him as a dangerous person, dangerous to our people. He is a man who speaks from his gut, without thinking. Anyone can change him.”

A report about Shimon Cohen’s murder in 1991 (Photo: Yedioth Ahronoth Archive)
Who were his friends in prison? “Tawfik Abu Naim and Rawhi Mushtaha.” Were there negotiation meetings between senior Hamas members and Israeli officials inside the prison? “Yes, Ofer Dekel (the coordinator on prisoners and MIAs at the time) visited the prison quite a few times. He sat down with Sinwar and Mushtaha. He met with them in the management offices. (Then-Shin Bet chief) Yuval Diskin came to meet with them too. Only with Hamas, because of the deal.” Did the prison management give them permission to talk to Hamas people outside the prison? “During the negotiation period, they let them walk around with phones. No searches were conducted.”

Most of the top members of Hamas’ current leadership spent many years in Israeli jails: Sinwar, Saleh al-Arouri (the deputy Hamas politburo chief, who is responsible for the military activity in the West Bank), Tawfik Abu Naim, Rawhi Mushtaha and Husam Badran (the organization’s spokesman abroad). According to Azraq, the Hamas leadership in prison was very cooperative with the prison management.

Celebrations in Ramallah after the August 2013 prisoner release (Photo: Ohad Zwigenberg)
Did Rawhi Mushtaha have conversations with Israeli wardens? “Inside the prison, Hamas are more moderate than Fatah. Hamas are more cooperative with the intelligence officers and the management.” Did Sinwar have meetings with the prison manager? He knows Hebrew, after all. “Yes, he used to meet with them a lot. In general, Hamas learned more Hebrew than Fatah. At the time, they learned through the Open University.”

Prisoner release as part of the Shalit deal, October 2011 (Photo: EPA)
Did you meet Saleh al-Arouri in jail? “Yes, at the Nafha Prison.” What is your impression of him as a person? “He’s a smart person, but a liar as far as I’m concerned. They lied to us. They lie inside their organization too.” Did he have good relations with the Israel Prison Service? “Yes, the entire Hamas leadership had good relations with the IPS, because they are a more close-knit group than Fatah.”

‘When the prison gates opened, I felt bad’

Almost all of Fatah’s long-time prisoners say that in the final stages of the deal, Hamas leaders made them believe they were on the list of released prisoners, but their disappointment was as big as their expectations. Some said they didn’t believe for a single moment that Hamas would include them in the lists, but most spoke about their big disappointment.

A report about the murder of Annie Ley in 1991 (Photo: Yedioth Ahronoth Archive)
The long-time prisoners are at odds about the ramifications of the deal. “Israel was wrong to release prisoners only in a swap deal and not in talks with (Palestinian President Mahmoud) Abbas,” says Mustafa al-Haj, who murdered Friedrich Rosenfeld in Ariel in 1989. “What kind of message are you conveying by doing that? It’s not a message of peace. It’s wrong and it’s illogical. Only blood on the hands. In the Shalit deal, you conveyed a message to the Palestinian society that you only understand force.” Esmat Mansour disagrees. “What you did for one soldier points to the Israeli society’s strength. When the entire society stands behind a soldier and his family, you gain from it. I look at it and I envy you. When it comes to these issues, I would expect my own leadership to act like the Israeli leadership and I would expect my society to be like the Israeli society.”