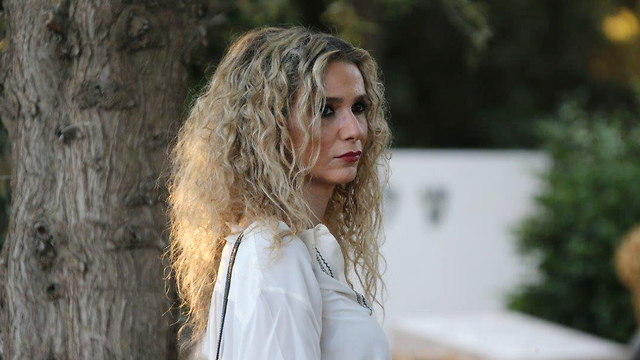 Legislators from the coalition and the opposition flooded social media with condemnation of the "shocking" and "shameful" incident.

Judge Poznanski-Katz (Photo: Motti Kimchi)
Zionist Union MK Tzipi Livni, who leaders the Hatnua party, tweeted that the decision by Justice Minister Ayelet Shaked (Bayit Yehudi) and Supreme Court Chief Justice Esther Hayut to file a complaint with the Ombudsman for Complaints against Judges was "correct," and that removing the judge from the case "is critical to public trust in the judicial system." "A judge who coordinates detainments with the prosecutor—her place is not in court. The Chief Justice did well when she handled it with severity," wrote Zionist Union leader Avi Gabbay, though noting that the investigation against Prime Minister Benjamin Netanyahu, the evidence gathered and the police's recommendations to indict him, "even the conduct of a judge—however illegitimate—cannot be erased."

In an interview with Ynet, Gabbay repeated his position on the issue, rebuking Netanyahu and his "lackeys" for "gloating" following the publication. He chided that, while they warn of harming public trust in the judicial system, they themselves were the ones doing so with their "systematic" attacks on the courts and the police.

Opposition leader MK Isaac Herzog (Zionist Union) echoed some of Gabbay's assertion, saying that while "it is good that this moral corruption was exposed," it shouldn't be allowed to sabotage the investigation. Former Prime Minister Ehud Barak also stressed that the incident shouldn't be allowed to impair the investigation, though he noted that "in a civilized country, the judge would be required to resign" the following morning. Yesh Atid leader Yair Lapid chimed in, calling the two's conduct a "contempt of court and scorn of the public and the rule of law."

Attorney Shacham-Shavit (Photo: Motti Kimchi)
Right-wing legislators were less easy to assuage. They called the detainment of the suspects in the Bezeq affair "illegal" and criticized the hasty decision to conduct a disciplinary investigation of the issue instead of a criminal one, with some even going so far as to call it a "cover-up." "It is shocking to see the cover-up attempts by the heads of the justice system," wrote Tourism Minister Yariv Levin (Likud) in a Facebook post, noting that "if it turns out that civilians were sent to detention in a tainted procedure, in which the decision was made even before a hearing, it is a criminal offense of the harshest degree." "Such a subject must be investigated immediately by the police, and I expect it to be done with the same enthusiasm as other matters on the agenda," he added, stressing it's important to do so in order to avoid harming public trust in law enforcement agencies and the judicial system.

He again repeated these notions in an interview with Ynet, unequivocally asserting his claim of a cover-up by Shaked and Hayut was anything but an allegation.

"This is the situation. It's not an accusation, it's reality," he said.

Public Security Minister Gilad Erdan (Likud) opined on Army Radio that the two "ended their careers in the judicial system," and expressed hope that a criminal investigation be opened into the affair alongside the disciplinary one.

Culture and Sport Minister Miri Regev (Likud) said the two should be immediately arrested and have their phones taken as evidence for a criminal investigation.

"We cannot take the risk, even the slightest, that people were denied their freedom without proper procedure."

The MK then alleged this is not the only such case of coordination between judge and prosecutor, claiming in a Ynet interview that contrary to the ISA's statement, this scandal is not unusual in his eyes.

Channel 10 News revealed Sunday an exchange of text conversation messages between Poznanski-Katz and Shacham-Shavit. In the correspondence, held on the WhatsApp Messenger app, Shacham-Shavit is seen telling Poznanski-Katz that the prosecution will seek an extension of remand for Bezeq shareholder Shaul Elovitch, his wife Iris and son Or, the latter of which was a member in Bezeq's board of directors, Bezeq Strategy and Business Development Manager Amikam Shorer and Bezeq CEO Stella Handler, ahead of Monday's hearing on the issue.