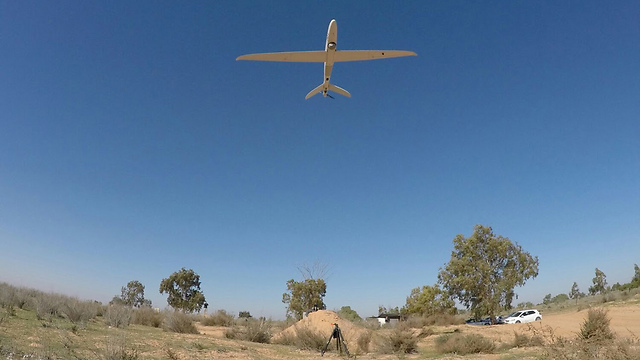 An IDF unmanned aerial vehicle (UAV) crash landed Tuesday evening in the al-Khader area in southwestern Syria. The IDF announced that the incident, which is being investigated, was due to a technical failure and that no classified information was compromised.

In July, 2017, a Skylark drone crashed in the Gaza Strip. Then as well, the IDF declared that classified information was not compromised.

The Skylark, the IDF’s smallest drone model, is operated by the Artillery Corps and is intended for tactical missions such as patrol and intelligence gathering. This is the fifth in a series of such drone crashes since the start of 2017 in Lebanon, Gaza and the West Bank.

In March, 2017, a Skylark drone crashed in northern Gaza during routine operational activities. A few days later, it was announced that the crash was due to human error and no classified information was compromised.