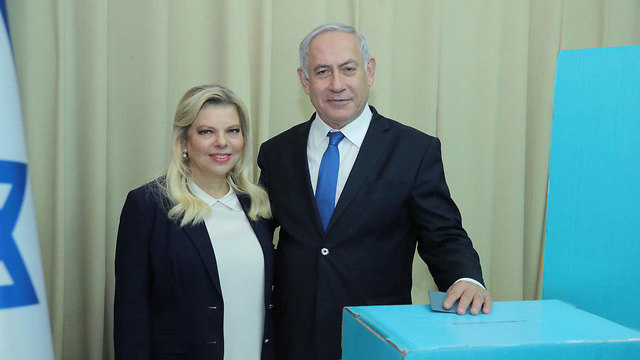 Time for Likud to decide what it is

Opinion: The outcome of the primaries could have been much worse, but the party faithful proved they were not Netanyahu's obedient soldiers, voting for Gideon Sa'ar, the prime minister's political rival, and against David Sharan, who enjoyed Netanyahu's support despite being suspected of corruption. So now what?

We need to give the Likud Party some credit for not destroying itself in Tuesday's internal elections. Given that primaries are the very embodiment of deal-making, political machines and big worker unions voting in lockstep, the results could have been far worse.

When it came to casting a secret ballot, the Likud Party's registered voters did display some maturity. They weren't the obedient foot soldiers of Benjamin Netanyahu, who has failed again and again in his machinations. He was defeated in the strange war he tried to wage against Gideon Sa'ar; he was thwarted in promoting his candidate for the Tel Aviv district, David Sharan, who enjoyed the prime minister's backing despite (or perhaps because of) corruption suspicions.

Yet for all their maturity, what does it say about Likud voters that the head of their party is a prime suspect in criminal investigations? It's going to be interesting, to say the least.

When it comes to Netanyahu, he insists on proving he is not just one person, but two people in one body. There is Netanyahu the statesman, who has chalked up impressive achievements in the international arena. And then there is Bibi — not King Bibi, as some would have you believe — a petty wheeler-dealer who is busy settling petty scores, more suited to the back rooms of local politics in some remote little town. Why the hell is he doing this?

Prime Minister Netanyahu and his wife Sara voting in the Likud primaries (Photo: Sharon Revivo)
But when it comes to undecided voters, the main question facing Likud is whether the party is going to head to the right, or perhaps a little more to the center. Is Likud leading us into binational statehood, or is it truly capable—on the day a serious peace initiative is put on the table— of leading Israel into an historic deal? It is absolutely clear only a handful of senior Likud members are willing to adopt Netanyahu's 2009 Bar Ilan speech, in which he endorsed Palestinian statehood. In fact, the Likud has supported many initiatives that might see Israel become a binational state. The party is also entirely at the mercy of the ultra-Orthodox, capitulating to their every demand—from benefits to yeshiva students to rejecting a core curriculum, from maintaining the monopoly on Jewish conversion to nixing the Western Wall egalitarian prayer area plan. This willingness to roll over for a small sector of the population is bad for Israel.

Likud could become far more attractive to undecided voters if it only presented a diplomatic plan that does not involve a disaster called annexation. The Likud Party doesn't need to become leftist; it doesn't need to announce it is in favor of withdrawing to the 1967 lines. The problem is that the Likud government carries out the bidding of the Yesha Council of Settlements. And what have the new Likud representatives had to say about that? Whenever they did say something about diplomacy, all they did was promise to go even further right than the far-right parties.

At this stage, the competing parties are not dealing with the issues. They're busy calling each other names. When Gantz is branded a "leftist" because of his qualified support for the Gaza disengagement, the response from his party is to pull out an old photo of Netanyahu with Yasser Arafat, and a reminder that it's the Netanyahu government that pays protection money to Hamas in the Strip.

But this in itself is problematic, because such claims paint Netanyahu as moderate. And if he is a moderate who can talk to Yasser Arafat and even avoid  conflict with Hamas, then the undecided will more than likely tell themselves that he's not that radical after all. And true to the law of unintended consequences, this is definitely not what Gantz's campaign wanted, but it is what it got.