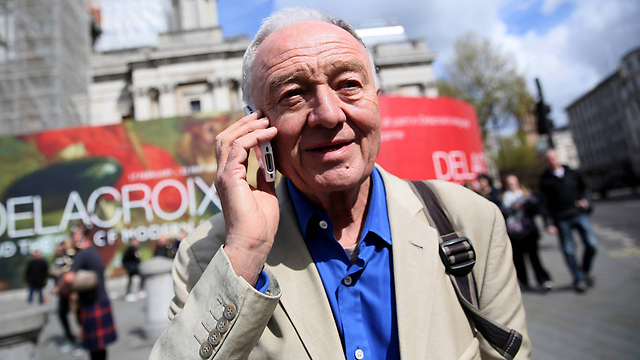 Ken Livingstone, who was suspended from the British Labour Party for saying Hitler was a Zionist, asserts in interview with Sky News that Zionists reached deal with Nazis in the 1930s to move Jews to land of Israel; 'They didn't like each other, but they collaborated,' he insists.

Former London mayor Ken Livingstone, who has been suspended from the British Labour Party after making anti-Semitic comments, claimed Friday morning that Zionists had collaborated with the Nazis in the 1930s. In an interview with Sky News, Livingstone admitted that the controversy over Labour leader Jeremy Corbyn's failure to curb anti-Semitism in the party contributed to its poor performance in the local elections in Britain on Thursday.

However, he insisted that allegations he said Adolf Hitler was a Zionist were "smear" and then made further anti-Semitic remarks.

"You only have to go on Jerusalem's Holocaust website. One of the documents you can download about the deal the Zionists did with Hitler in the 1930s. Hitler wanted to get all the Jews out of Germany, and the Zionists wanted to move them all and create a Jewish state in Palestine, and so they collaborated. They didn't like each other, but they collaborated," Livingstone claimed, insisting he was merely "stating a historical fact."

The Labour Party needed only two seats to win London's Barnet borough, but they lost to the Conservative Party.

Ken Livingstone (Photo: Reuters)
The defeated Labour councilor in Barnet, Adam Langleben, said the fact Jewish people felt they could not vote for Labour based on "their safety" was a source of "shame" for the party. "Every Jewish Labour household we visited, people said, 'not this time,'" Langleben told The Guardian. "Activists were being told, 'this is a racist party, an anti-Semitic party,' doors were slammed in their faces." "We as Jewish Labour activists were told we were endorsing anti-Semitism. The reason we have lost here is the inability to deal with this issue and to tackle anti-Semitism," he charged. He called on party leader Corbyn to visit Barnet and apologize "to Jewish Labour activists, to Barnet Labour and to the Jewish community here so we can start the healing process."