Welcome to State of Palestine?

Op-ed: In absence of direct talks with Israel, we will more likely see a third intifada than actual Palestinian state

Nationalism and people hood are just part of the ingredients of statehood, or rather state building. Pronouncing their existence does not actually connote that the work is actually being done. The best illustration of this imaginary state is the newly inaugurated Palestinian one, as Palestinian President Mahmoud Abbas officially changed his government's name to "the State of Palestine" in an attempt to implement, albeit cosmetically, the recent UN vote granting it status of nonmember observer state.

Therefore, US United Nations Ambassador Susan Rice unequivocally stated that the US does not recognize the "State of Palestine" and that "the only way to establish a real Palestinian state is through the painstaking work of direct negotiations on final-status issues, without preconditions, between the Israelis and Palestinians." Yet, the question of what stands behind this declaration still remains.

Tantamount to Palestinian identity is the shared belief in a right of return to "Palestine," which would presumingly become home to those people, although we are not seeing that with the Syrian-Palestinians.

Palestinian identity is rooted in three parts. One is that struggle against Israel is permanent and holy. Another is that Palestinians are, individually and communally, refugees, made so at the hands of Israel.

The third part is that the world, specifically the UN and Western countries, must support these refugees until they can return to a future Palestine and to homes in what is now Israel.

In contrast to the Palestinian project, the Zionist project, which established the modern State of Israel, actually build a vibrant functioning state. The commitments of the early Zionists to state building trumped Arab-Palestinian rejectionism, which worked towards state destruction.

"Accomplishments such as I have seen in Palestine can be attained only when human spirit is fired by an ideal which reaches beyond the individual to the group and on into the future. Since the destruction of the Temple nearly two thousand years ago, the longing for Palestine (Israel) has been ever present with the Jew. It was undying hope to return to the land of his fathers that buoyed him up during centuries of persecution.

The devout have ever prayed for the restoration of the Jewish people to Palestine, but it was only about sixty or seventy years ago that Jews began to do practical work in Palestine in order to make the return possible. Zionism has offered persecuted Jews the opportunity to make their ancient dream come true, just as other great dreams of the world have been realized when men worked for them with devotion, intelligence and self sacrifice." 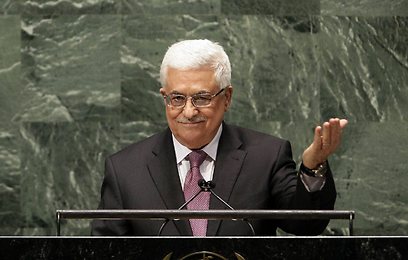 However, 1948 was not the beginning of Jewish state building, but rather the continuation of the path the Zionist congress laid out in Europe years before. It did stymie the Arab notion that Jews would disappear voluntarily.

Palestinian identity has been largely debated, especially as to whether such an identity exists independently of anti-Zionism. Rashid Khalidi, who occupies the Edward Said Chair at Columbia University deconstructs his version of the topic in his book entitled Palestinian Identity, where he describes what he believes are the major trials and indignities endured by Palestinians, writing "the quintessential Palestinian experience, which illustrates some of the most basic issues raised by Palestinian identity, takes place at a border, an airport, a checkpoint... For it is at these borders and barriers that six million Palestinians are singled out for 'special treatment,' and (are) forcefully reminded of their identity... (E)very Palestinian is exposed to the possibility of harassment, exclusion and sometimes worse, simply because of his or her identity."

Today, even Khalidi believes that Palestinians have moved even further away from the two-state solution model in favor of the "one-state solution." And he is even more convinced that Israel has ignored Palestinian suffering and that at the core of the problem is a "Palestinian Holocaust."

All of this should raise many concerns as to Abbas' real motivations for declaring the "State of Palestine," which has been based on false hopes and the depravation of his own people. In the absence of real state-building and direct talks with Israel we will more likely see a third intifada (which many claim, correctly, is already here) if not full blown war.

Asaf Romirowsky PhD is a Philadelphia-based Middle East analyst, an adjunct scholar at the Middle East Forum and the Foundation for Defense of Democracies