Three other candidates, Dorner, Itzik and Shechtman, knocked out in first round of vote for Peres' successor in Israel's highest public office.

Likud's Reuven Rivlin was declared the tenth president of the State of Israel on Tuesday afternoon, beating Hatnuah's Meir Sheetrit in a second-round runoff by 63 votes to 53.

President Shimon Peres' successor was chosen after two months of fierce political campaigning, marking the end of what many are calling the dirtiest campaign in the history for Israel's most respected public office. 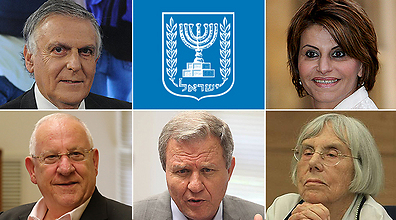 As a result of several scandals and personal roadblocks, only five candidates were left with some parties still remain divided on who to support.

Following the first vote, there was a lot of horse trading at the Knesset, while MKs who voted for Dorner, Itzik and Shechtman considering which of the remaining candidates to back. 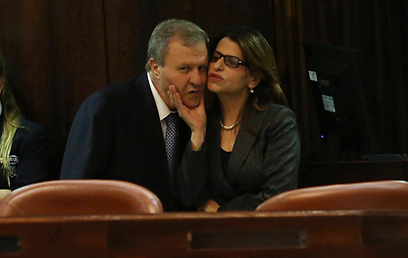 Rivlin did appear to be a favorite in the days leading up to the vote, but competition was tough as he faced off against Dorner, Shechtman, Sheetrit, and Itzik. 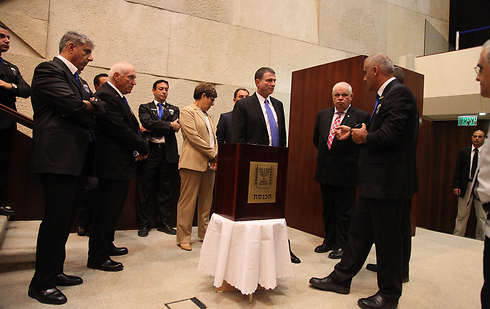 As no one candidate received the required number of votes, the second round took place between the two front-runners Rivlin and Sheetrit. The winner was then chosen based on a simple majority vote during the second round.

Some said this election stood apart from those before it for more reasons than its strikingly rough campaign. 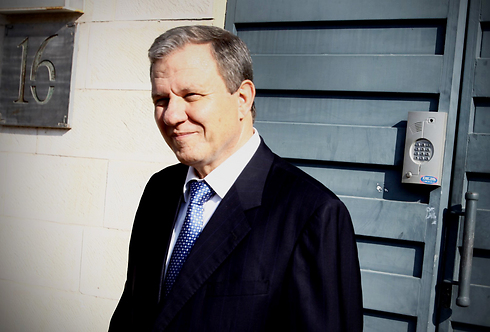 "There won't be any agenda. There won't be right-left and candidates of specific parties," said one of the faction leaders in the Knesset ahead of the vote, suggesting that voting was to be based more on individual opinion more than any other previous election.

"The votes will reflect hatred toward certain candidates and (in some cases) revenge. The rest will be based on personal relations with the candidate without any connection to his party," said the official. The two-month campaign was marred by several scandals, one of which left front-runner Silvan Shalom by the wayside after allegations of sexual harassment surfaced from around 15 years ago. Labor MK Benjamin Ben-Eliezer was taken in for questioning by police just four days before the vote, which resulted in his withdrawal from the campaign. Allegations against Ben-Eliezer center on large sums of money he received during his time as a member of Knesset.

The remaining candidates were quick to make their own financial records public after Ben-Eliezer's withdrawal.

The schedule for the presidential elections:

11 am: Voting at the Knesset begins

1 pm: Voting at the Knesset ends, and ballots counted

1:45 pm: An announcement of the winner, if one candidate gets 61 votes or more

2:15 pm: A second round of voting between the two leading candidates

4:15 pm: Second round of voting ends and the ballots are counted

5:30 pm: A reception is held at the Knesset for the president-elect

July 24: The State of Israel's 10th president is sworn in