Descendants of Jews persecuted centuries ago will be allowed to have dual citizenship if they prove 'a traditional connection.'

Cabinet spokesman Luis Marques Guedes said the government passed changes to its nationality law, providing dual citizenship rights for Sephardic Jews -- the term commonly used for those who once lived in the Iberian Peninsula.

The rights will apply to those who can demonstrate "a traditional connection" to Portuguese Sephardic Jews, such as through "family names, family language, and direct or collateral ancestry."

Applicants will be vetted by Portuguese Jewish community institutions, as well as by government agencies. Applicants will also have to say whether they have a criminal record.

The Portuguese Parliament unanimously endorsed the law in 2013. Since then, the government has been drawing up the legal details and establishing administrative procedures. The effective date of the law was not immediately announced, but will be when the legislation is published soon in the country's official gazette.

Jewish community leaders say they expect the application procedure to take four months. Applicants will not need to travel to Portugal. 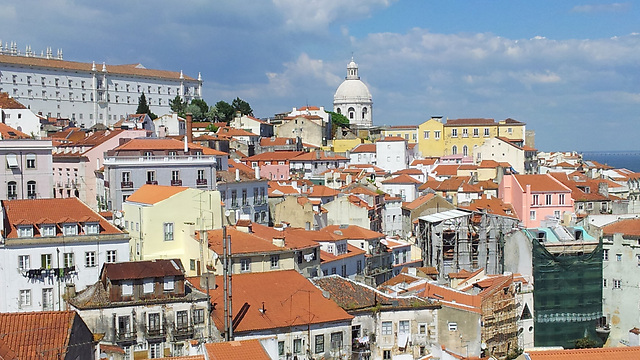 Portuguese monarchs, eager for tax revenue and Jewish talent that helped Portugal become one of Europe's wealthiest nations during the Age of Expansion in the 1400s, had protected their thriving Sephardic community.

After Spain drove out Jews in 1492, some 80,000 of them crossed the border into Portugal, historians estimate. King Joao II charged the fleeing Sephardic Jews a tax to shelter in Portugal. He promised to provide them with ships so they could go to other countries, but later changed his mind.

In 1496 his successor King Manuel I, eager to find favor with Spain's powerful Catholic rulers, Ferdinand and Isabella and marry their daughter Isabella of Aragon, gave the Jews 10 months to convert or leave. When they opted to leave, Manuel issued a new decree prohibiting their departure and forcing them to embrace Roman Catholicism as "New Christians."

The "New Christians" adopted new names, inter-married and even ate pork in public to prove their devotion to Catholicism.

Some Jews, though, kept their traditions alive, secretly observing the sabbath at home then going to church on Sunday.

They circumcised their sons and quietly observed Yom Kippur, calling it in Portuguese the "dia puro," or pure day.

Though officially accepted, the New Christians were at the mercy of popular prejudice. In the Easter massacre of Jewish converts in 1506 in Lisbon, more than 2,000 Jews are believed to have been murdered by local people.

The Portuguese Inquisition, established in 1536, was at times crueler than its earlier Spanish counterpart. It persecuted, tortured and burned at the stake tens of thousands of Jews.

Now those events are widely viewed as a stain on Portuguese history.

In 1988, then-president Mario Soares met with members of Portugal's Jews community and formally apologized for the Inquisition. In 2000, the leader of Portugal's Roman Catholics issued a public apology for the suffering imposed by the Catholic Church, and in 2008 a monument to the dead was erected outside the Sao Domingos church where the Easter massacre began.