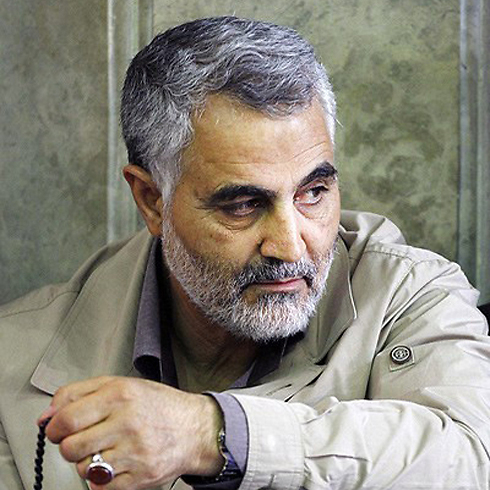 The head of Iran's elite military Quds Force, who is subject to a United Nations travel ban, has met senior Russian officials in Moscow, an Iranian official said on Friday.

Qassem Soleimani, chief of the force which is an overseas arm of the Revolutionary Guards, has been subject to an international travel ban and asset freeze by the UN Security Council since 2007.

But the Iranian official, who declined to be identified, said Soleimani had made the trip in the second half of July, where he had held talks covering regional and bilateral issues and the delivery to Iran of S-300 surface-to-air missiles and other weapons.

Following the claim, US Ambassador to the United Nations Samantha Power said the United States was trying to determine whether Soleimani had made the purported visit.

Power said the travel ban requires all countries deny Soleimani entry into their borders, and the only exception is if the Security Council committee monitoring sanctions against Iran grants an exemption.

However, two US security sources told Reuters the United States believed the meeting between Putin and Soleimani took place.

Both Russia and Iran back Syrian President Bashar Assad against rebels in the country's civil war. Indications of a new diplomatic push to end the war have emerged following last month's signing of an accord on Iran's nuclear programbetween Tehran and world powers.

Diplomats say Russia and Iran are the prime movers behind the latest push following the July 14 nuclear deal.

One of the US security sources said Soleimani also had numerous other meetings in Moscow in July.

A senior administration official in Washington said US sanctions on Soleimani would remain despite the deal under which Iran agreed to curb its nuclear program in exchange for an easing of sanctions.

"We will maintain sanctions on the Islamic Revolutionary Guard Corps, the Quds Force, its leadership - including Qassem Soleimani - and its entire network," the official said.

Washington designated the Quds Force as a supporter of terrorism in 2007. The European Union did the same in 2011. UN member states are required to deny entry to blacklisted individuals.

Soleimani has been involved in fighting Islamic State in Iraq and his Moscow visit would come at a time when Russia is calling for a regional coalition in the Middle East to fight the Sunni jihadists.

A Russian security expert with close ties to the country's defense ministry, Igor Korotchenko, could not say whether the visit took place but said Moscow and Tehran were close allies in fighting Islamic State.

"Russia is cooperating with Iranian authorities to stop Islamic State. Any meetings that help these efforts can only be good," Korotchenko said.