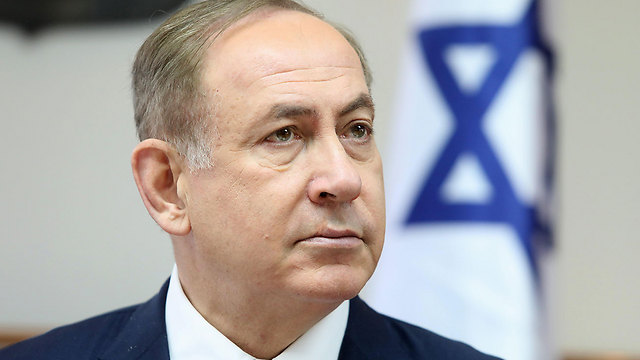 Prime Minister Benjamin Netanyahu responded Monday to claims made that he is attempting to damage the freedom of the press, saying “the media in Israel is free and will remain free. I want there to be competition, more diversity, more pluralism."

The criticism against Netanyahu came after he announced last Monday that was backtracking on the compromise to which he had committed with Finance Minister Moshe Kahlon (Kulanu), and set new demands to resolve the Israel Public Broadcasting Corporation (IPBC) crisis, leading to the current deal. Netanyahu claimed that the media in Israel emphasizes the negatives, calling it “an industry of despondency.”

"Where they see hesitation and a lack of confidence, I see aggression and an unnatural power that is projected throughout  our surroundings," he continued.

“Where they see (natural) gas at sea, I see gas in land, and we’re working on it. Where they see a collapsing country, dissolving, I see Israel rise as an international power. I see it all around the world, in all the leaders that come here every day and in my meetings with them abroad. That’s how they see us—as an international powerhouse in technology, intelligence and security.”

Finance Minister Moshe Kahlon (Photo: Motti Kimchi)
Earlier, Finance Minister Kahlon stated "we know that we have experienced some kind of crisis, but I want to tell you that the responsibility we showed here was necessary, and you know what? I, too, paid a price for it.” Last Thursday, Netanyahu and Kahlon agreed to dissolve the IPBC’s news division. According to the new agreement, the Israel Broadcast Authority (IBA) will continue acting as a news agency until the IPBC establishes a new news division.

Attorney General Avichai Mandelblit said Sunday that the fact that Prime Minister Netanyahu does not serve as minister of communications "does not disqualify him from involvement in the media" as prime minister.

He also added that “even though the new agreement is not perfect, it will stand the test of the High Court” against the petitions filed against it, and that he does not believe Netanyahu has a conflict of interest in the matter.